We Are Gob Squad And So Are You 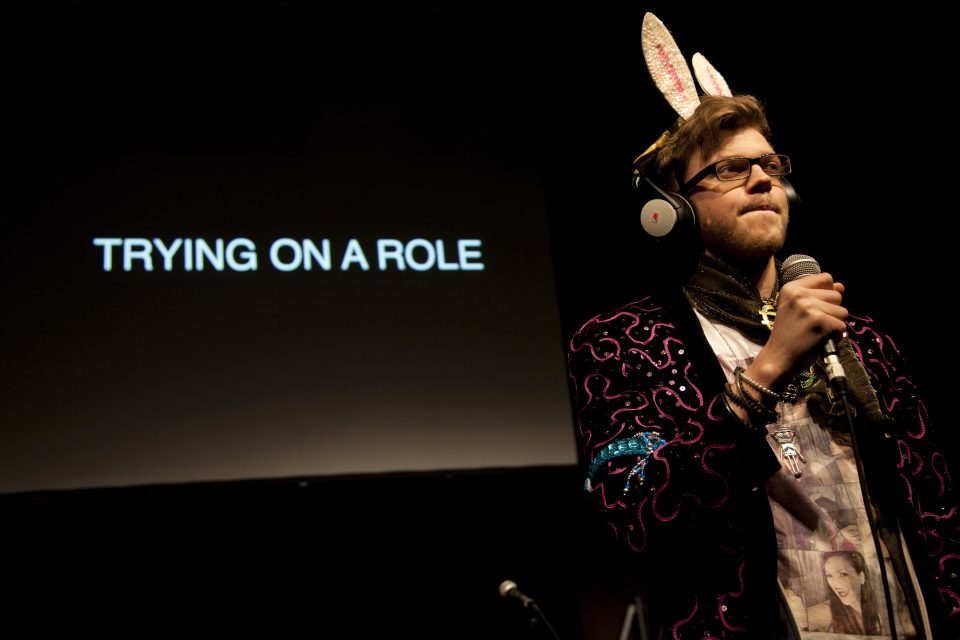 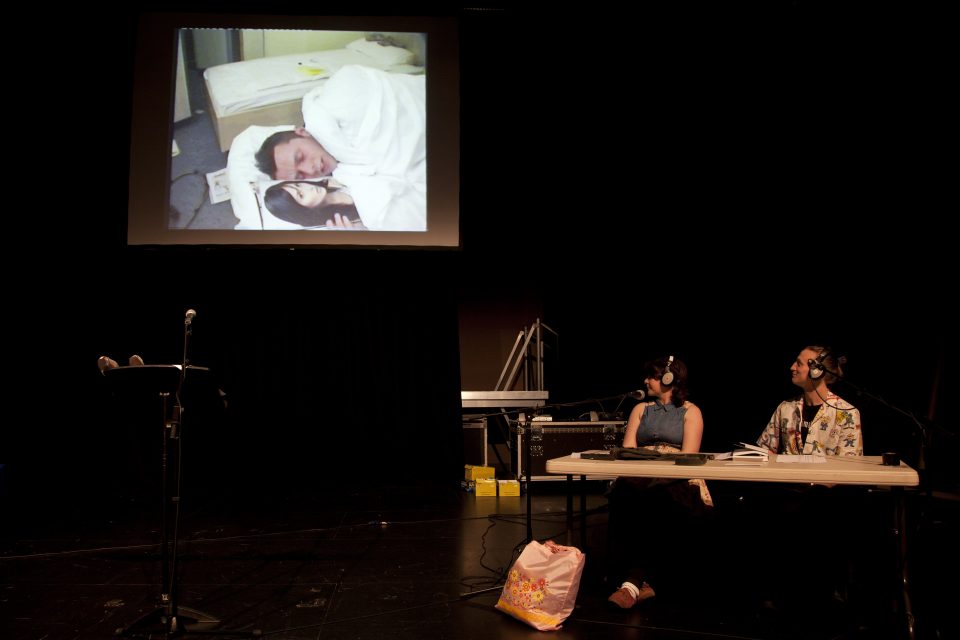 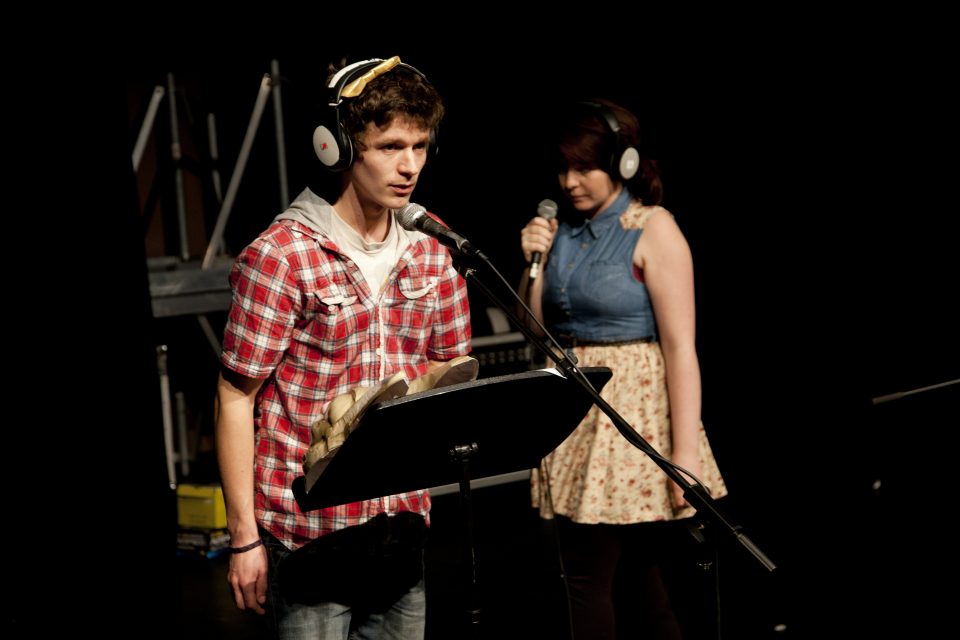 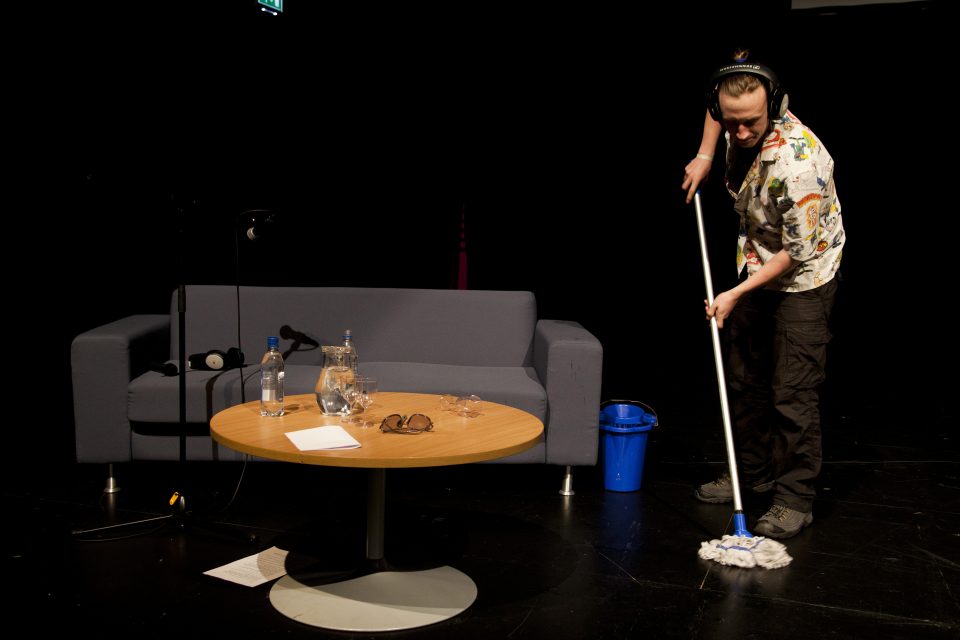 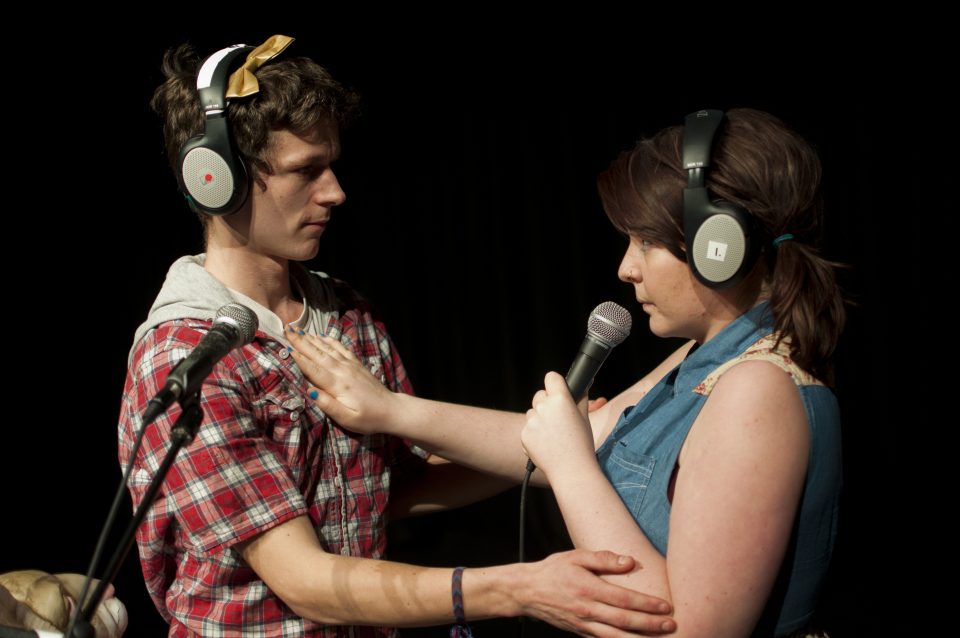 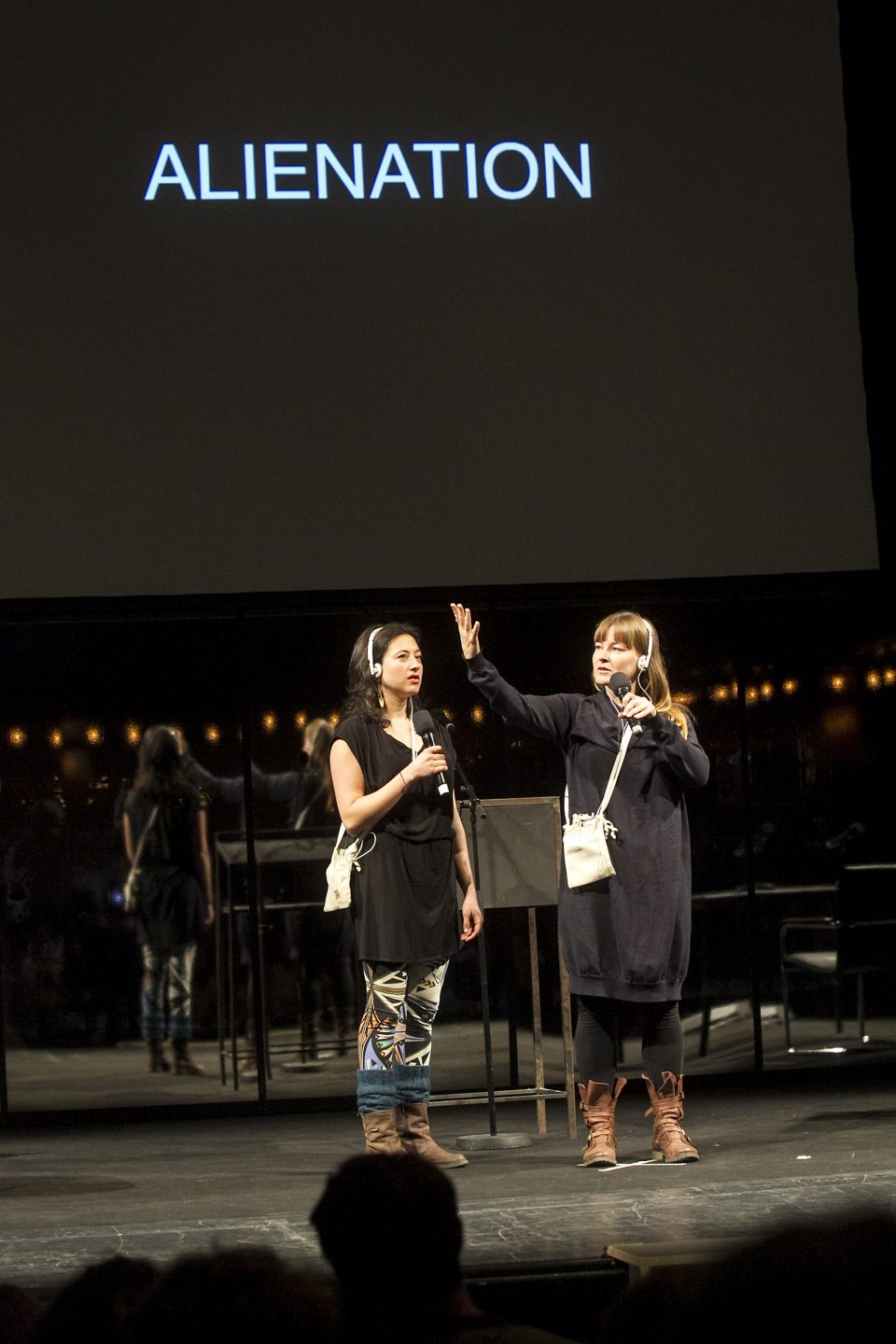 A lecture-performance where headphone- guided audience members do the talking

Hello. My name is Gob Squad and this is my story…

I am English. I am German. I am male. I am female, gay and married with 2 children. I am trained in all and none of the following: singing, dancing, acting, critical theory, sword fighting for the stage, analysis of post-dramatic theatre, and how to cry on demand. I was offered a place at the Royal Academy of Dramatic Art to learn to act like Kate Winslet and Laurence Olivier but I never went. During an audition they said to me: “Have you ever actually been in a theatre? Because what you are doing here has nothing to do with acting – you’re just playing yourself!”

“Just be yourself, be true to yourself, follow your dreams and reach for the stars”. This is the mantra of a generation that prizes individuality as the ultimate expression of freedom. But who is this “self” that you think you are? How did you come to be what you think you are? What makes you you? And what happens when we venture outside the concept of the “unique self”?

Using text, video archive and soundtrack, this performance-lecture takes the audience through a telling of the collective processes, big ideas and vivid memories shared by Gob Squad throughout over 20 years of working together. The group lifts the lid on their participatory performances – where the boundaries between audience and performers often disappear completely.

Soon after the lecture begins, Gob Squad leave the authority of the lectern behind and audience members take their place. Through headphones they receive instructions and the physical identity of Gob Squad shifts amongst audience members who collude in the re-telling and re-construction of stories, interviews and scenes. Identities shift as their bodies stand in for other bodies.

A lecture about authenticity, truth, fiction and the collective identity unfolds via a playful, experiential perspective as more and more people get involved. Using a technique Gob Squad call ‘remote acting’, what begins as a straightforward lecture exploring the company’s methods and motivations, ends up as a moving meditation on the nature of the self. The ‘remote actors’ move in the paradoxical terrain between surrender and self-determination, loss of control and the desire to have control. It’s an experience poised between curiosity, courage, readiness to take a chance, and the charged relationship between infantile freedom and a rather grown-up responsibility for everything taking place.

Performed by Members of the audience