Confessions of a collaborator 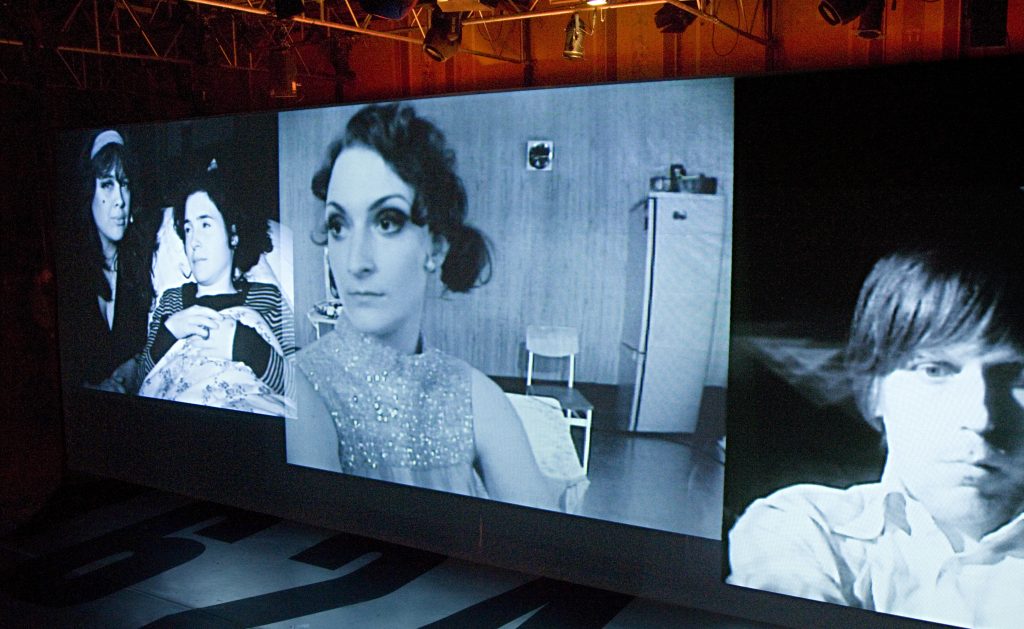 Nina Tecklenburg, (centre, above) who amongst other things, co-devised and performs in Gob Squad’s Kitchen, writes about how it is to ‘play yourself’.

How does one perform in a Gob Squad performance? How does one describe the style of presentation of Gob Squad? This question cannot be answered easily, but must be asked by a guest performer who has not automatically grown up in their performative style. The fact that one will perform oneself goes without saying. But actually in comparison to the work with other performers and groups, I realise that to ‘perform oneself’, does not always mean the same thing. Gob Squad have developed their own way of performing themselves.

During the rehearsals for Kitchen I talked with Laura Tonke (another guest performer with Gob Squad) about the way it works. Our impression was that it is important to take a certain attitude to oneself and to the others. This attitude is difficult to rehearse on your own. It can’t easily be learnt, just as one learns, for example, a text by heart, but it arises in the rehearsals together, or simply by the fact that we spend time together and get to know one another. Trust has to be created. I think it has something to do with being honest with oneself combined with courage to be open to one and to the others. Only in this way can I approach this always fragile ‘I’, which creates this ‘performing oneself’ quality that make up Gob Squad’s performances – precisely not to be just a perfect performer, who hides their mistakes, but to take on their own weaknesses and have them become part of the collective performance.

Only when I had seen it through, did I realise that, for example, in Kitchen there is actually nothing that can go wrong in terms of the improvised sections of the performance. Here any uncertainty will immediately become part of an always doomed experiment anyway, to recreate New York in 1960’s, as that time only exists for us as a projected and vague idea. To be unsure about something and to fail at it is not so bad, but rather is part of a collective act and in Kitchen it can always be made into productive part of the content. Finally, it also becomes the artistic means which shows the ‘making of’ a scene. When, for example, during the performance the scene stops short, and then one tries again together to come up with a new strategy for a better scene. So the performance remains within the individual, improvised scenes, in the mode of continuous trial and error, and errors which are part of the piece.

The only thing that you have to learn by heart with Gob Squad is the running order: the order of the scenes. My preparation for a performance is that I find my own way through these scenes, and to take in my tasks within it. Therefore, the main preparation for me is to engage myself internally within the improvised sections: to be relaxed, to be attentive to others, and to listen. In the beginning this uncertainty in the improvised scenes made me very nervous. Now I know that it is best when one simply lets everything calmly unfold.

This is an excerpt from Gob Squad and the Impossible Attempt to Make Sense of It All, a 150 page reader stuffed full of texts, scripts, interviews and concept documents. On sale now in the gobsquad.com shop.