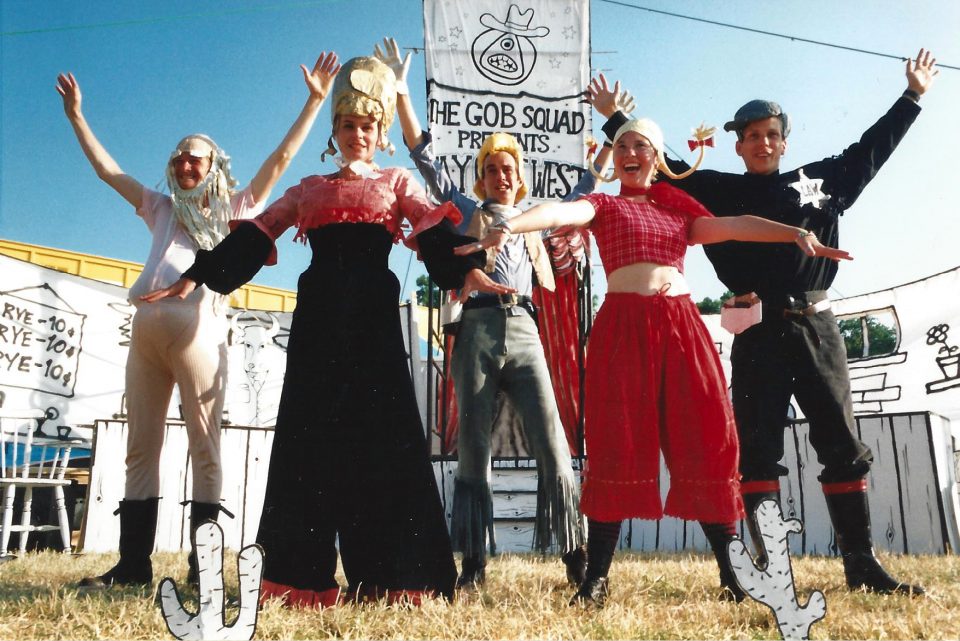 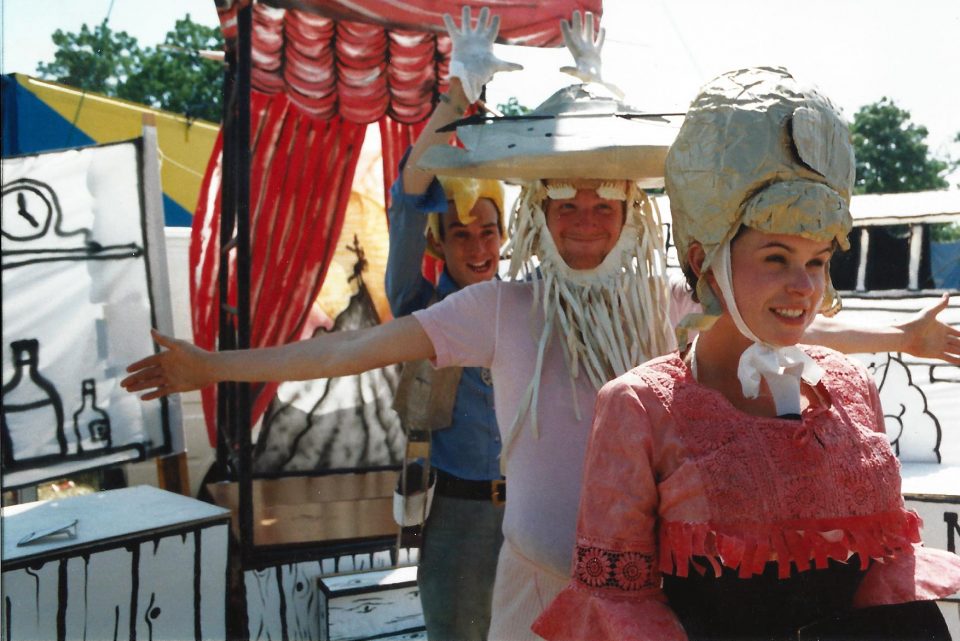 Lip-synching and dancing along to a soundtrack made from a hundred Western movies, Way Out West was a cut and paste post-modern musical made especially for Glastonbury Festival. It went on to tour to various street-theatre festivals in the Midlands.