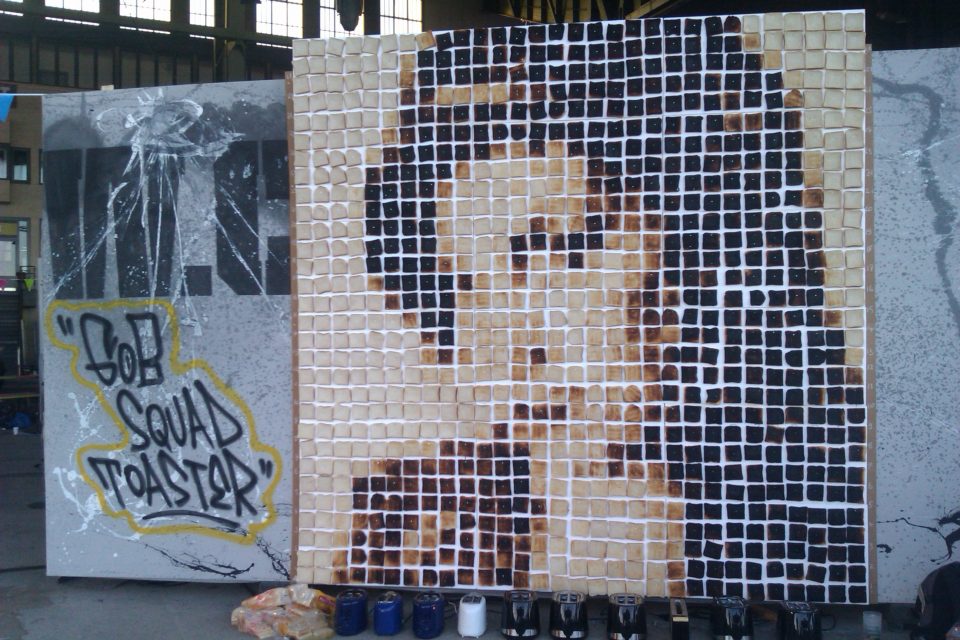 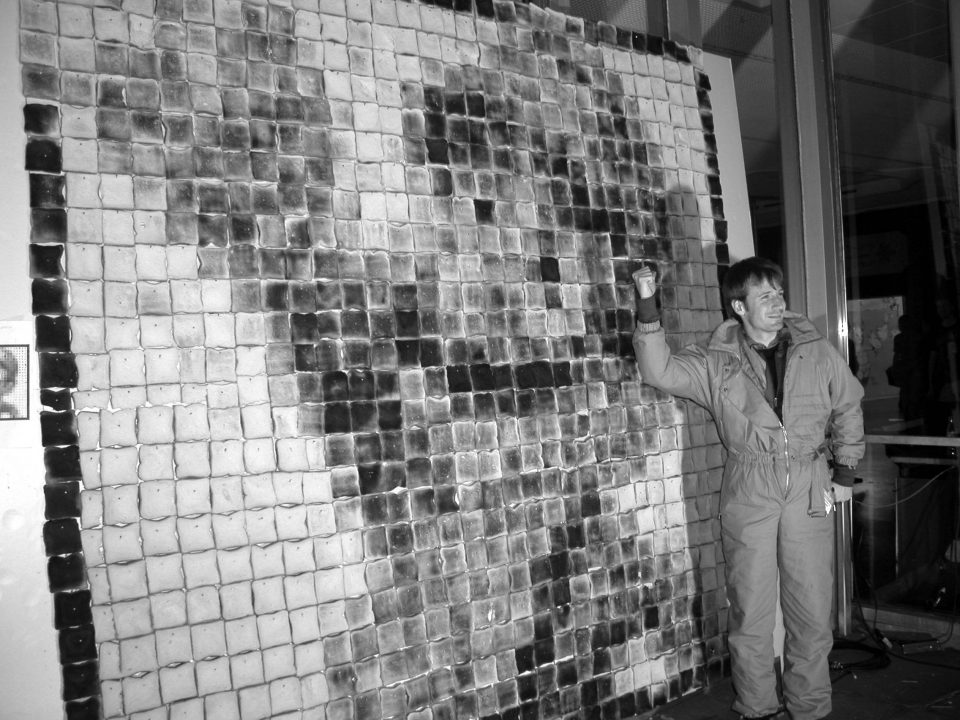 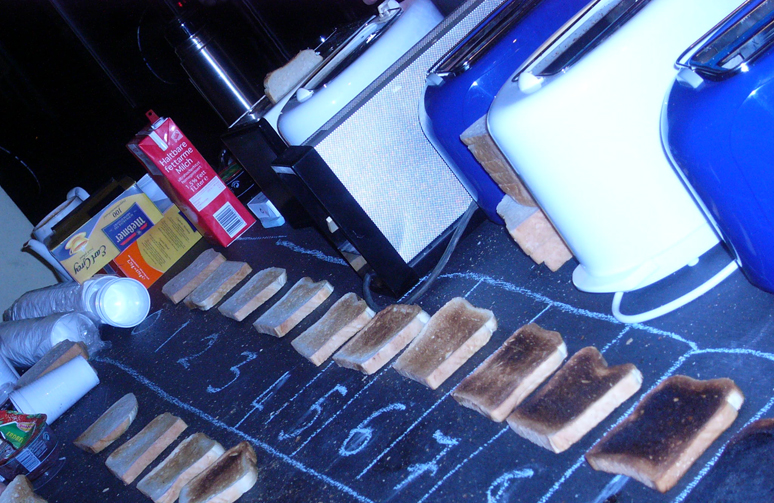 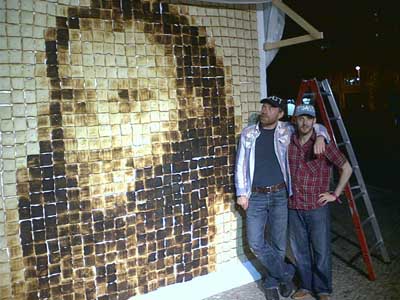 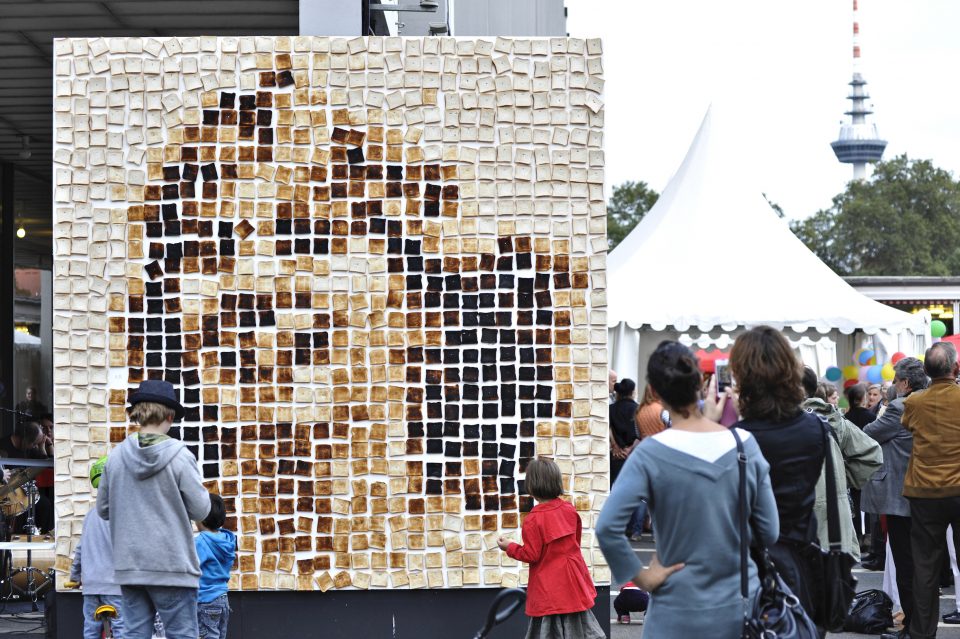 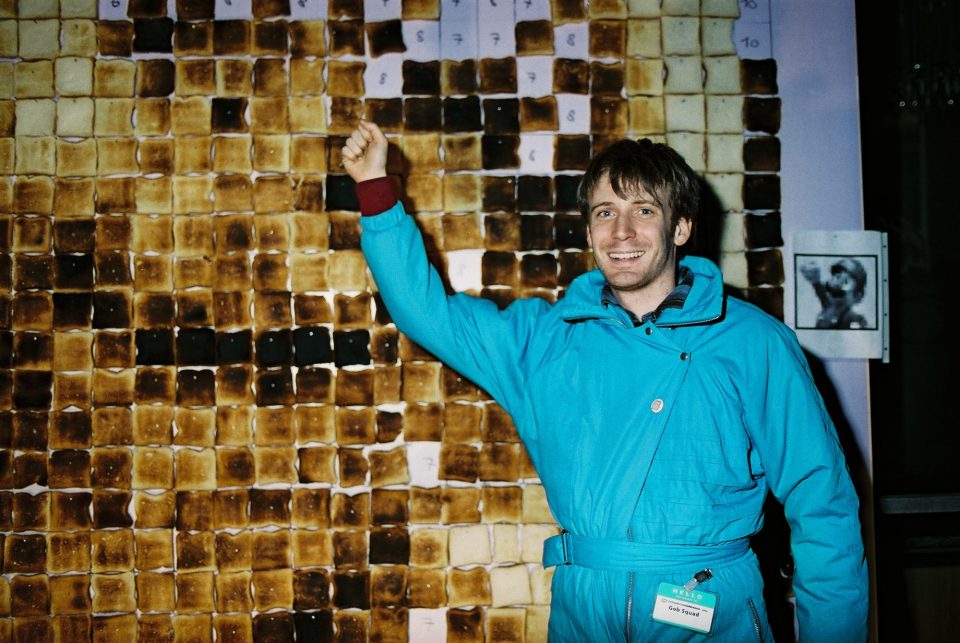 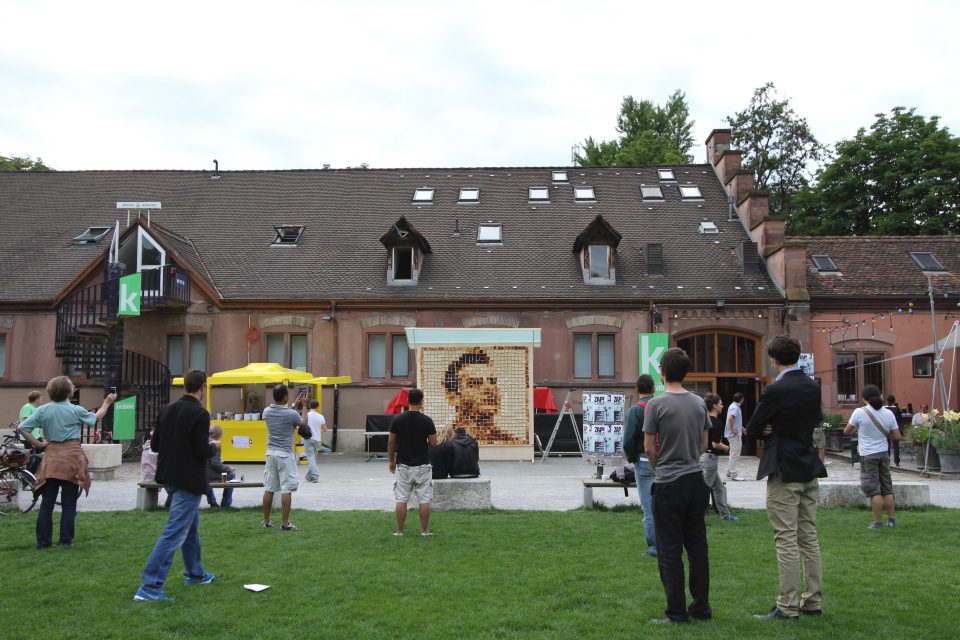 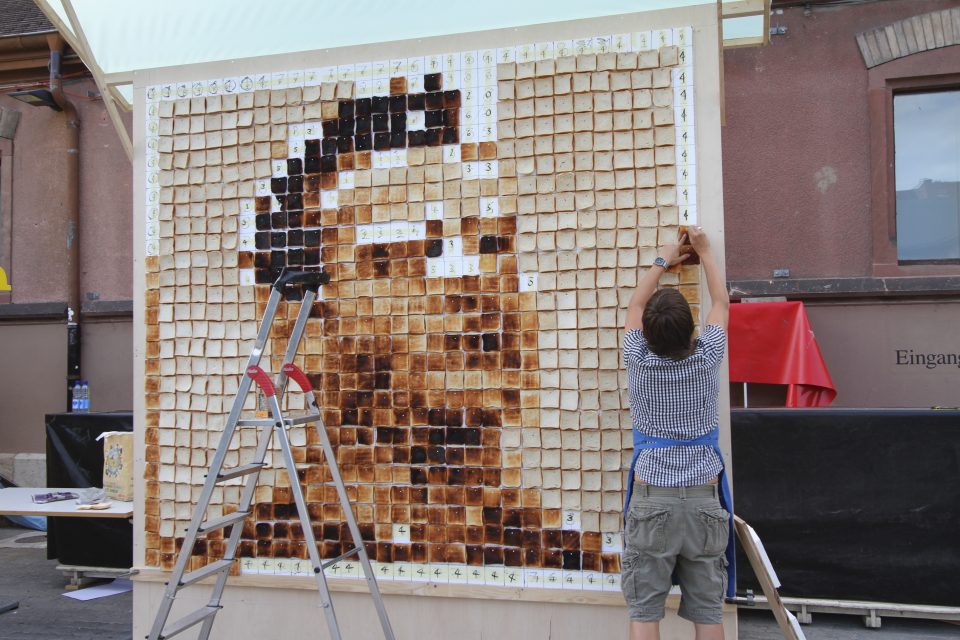 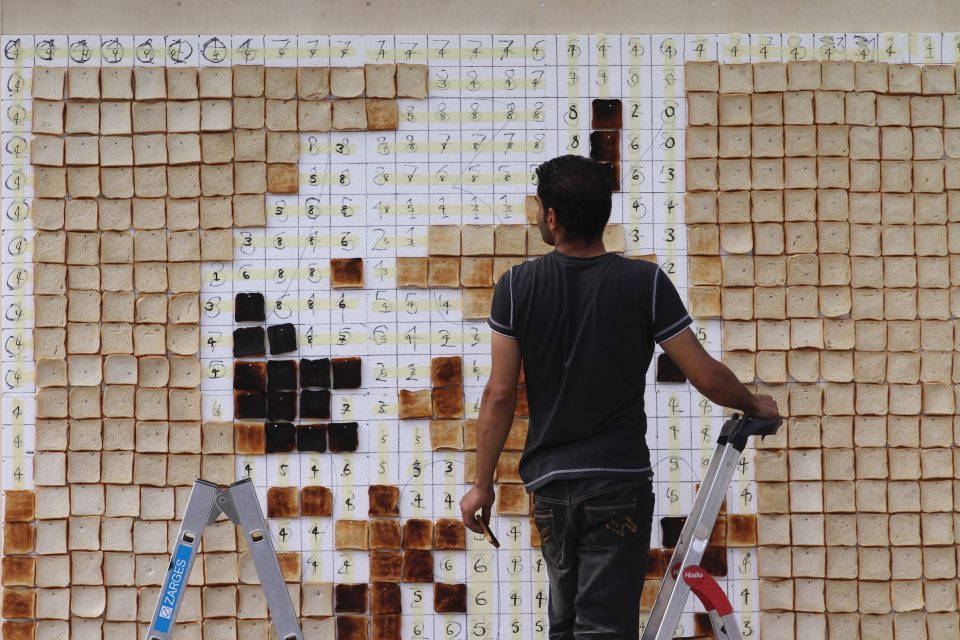 1000 pieces of bread are politely toasted to various shades of brown to make portraits of the famous and the infamous.

Where: outdoors. A large table with six toasters

Large scale images of famous or infamous people are rendered using 1000 slices of rare, medium and burnt toast – each piece a pixel in a mosaic.
As the picture emerges, and the air fills with smoke, the performers chat to their audience and ask them to lend a hand. The conversation inevitably turns from toasted sandwich preferences to the function of art, the history or legacy of the individual being to@sted and whether it is possible to capture ones personality in an image. Toasted personalities have included The Queen Mother, politician Ann Widdecombe; Sigmund Jähn, the first German in space; Red Army Faction terrorist, Ulrike Meinhof; artist Joseph Beuys; Nintendo star, Super Mario; Guantanomo prisoner, Murat Kurnaz and footballer Alex Frei.
Tea is served.

Devised by Sean Patten, Simon Will