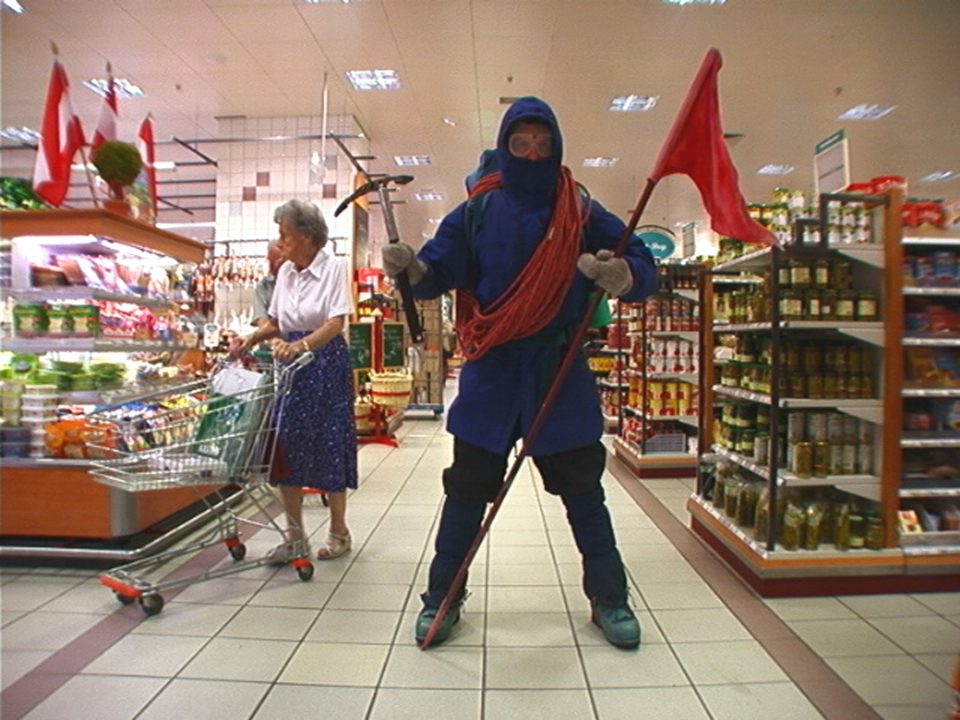 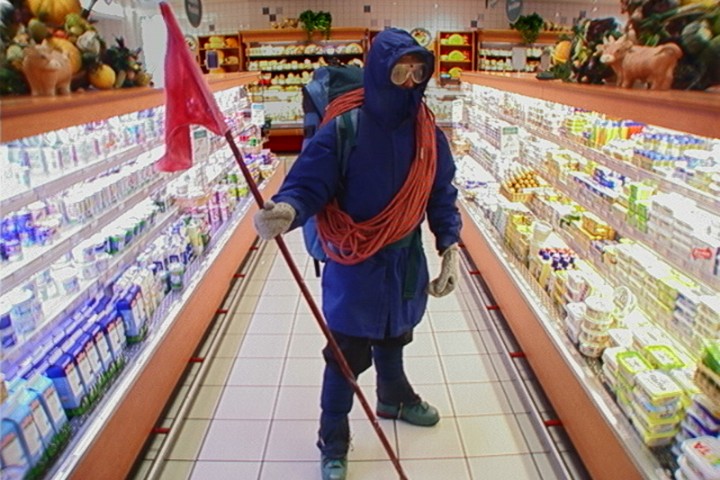 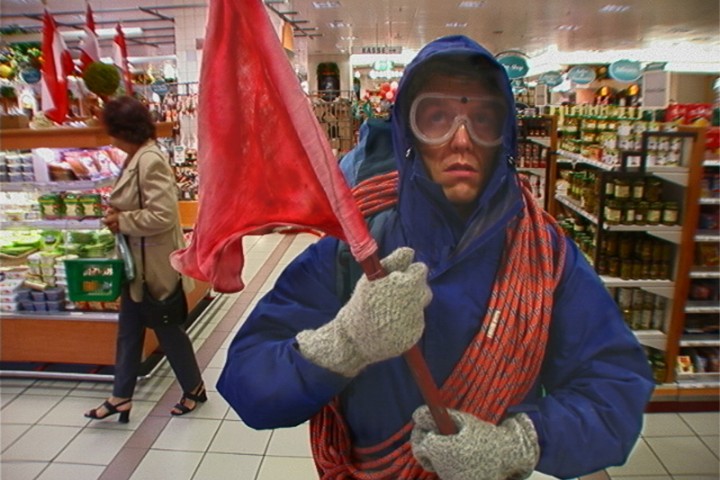 A team of explorers leaves the theatre using webcams and mobile phones to report back to the audience.

Where: a theatre, the city street

Who: Four explorers, an abandoned woman and various passers-by

What: The Great Outdoors sees its performers leave the artifice of theatre for the “gritty reality” of real life and the here and now. One by one, they make their exits to explore the surrounding city of the host venue, maintaining their presence via video projections (live and recorded), webcams, mobile phones and walkie-talkies. Each performer leaves proclaiming a stated aim: “To Climb The Highest Mountain”, to “get in touch with reality”, to “get out, really out”.

In the spirit of pioneers who walk to the south pole and make transatlantic crossings, a simple assertion lies at the heart of their quest: “I am here, I am alive”. Once outside, the performers undertake their journeys with charming naivety, blurring the distinction between public and performer as strangers attempt to give directions to “elsewhere” under the gaze of a surveillance style camera. Gradually they go further and further until they fully disappear.