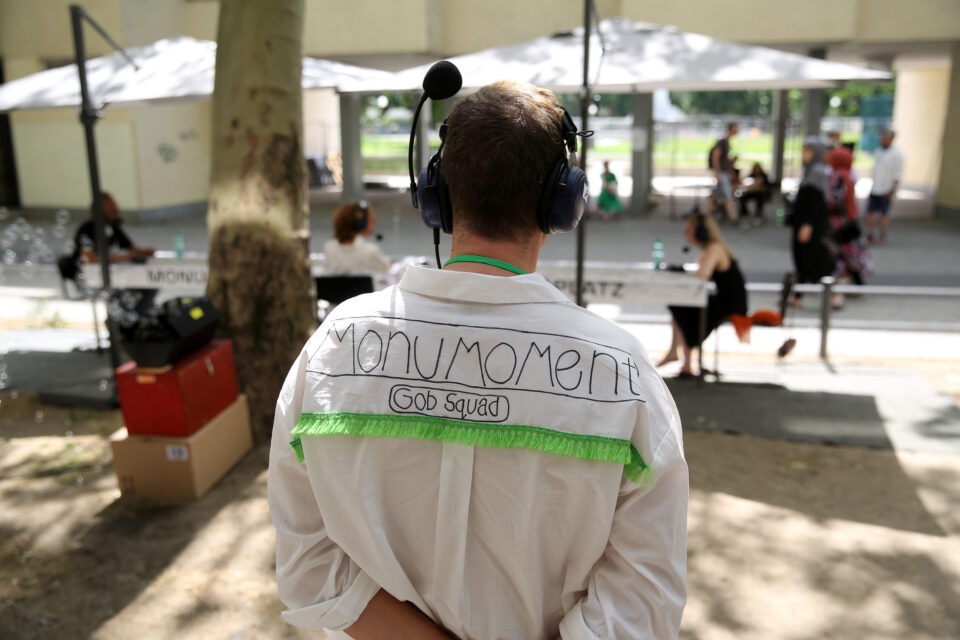 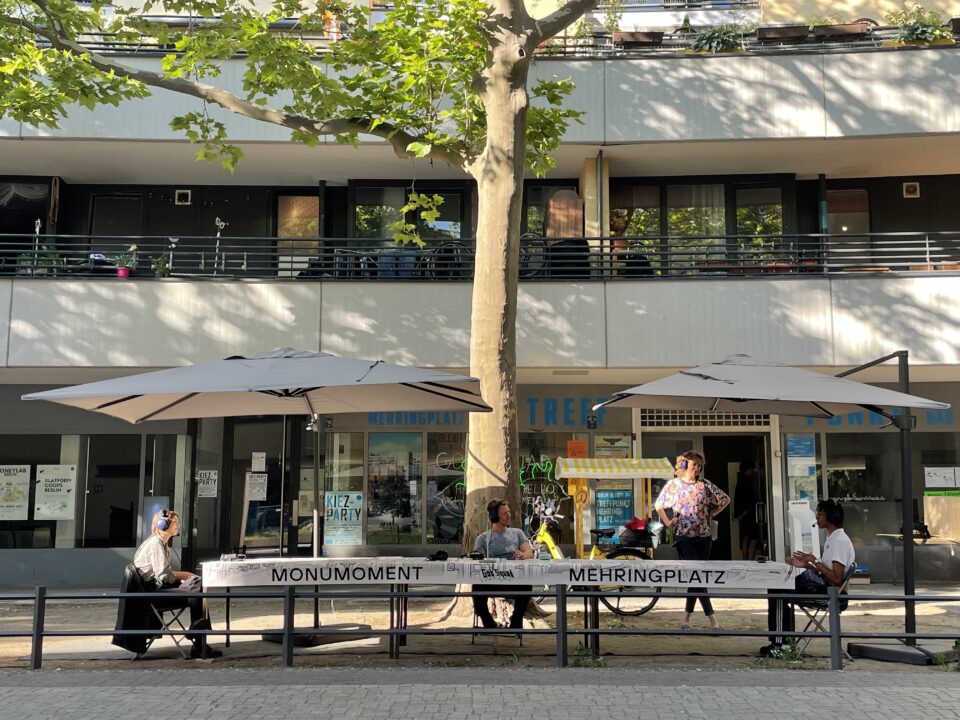 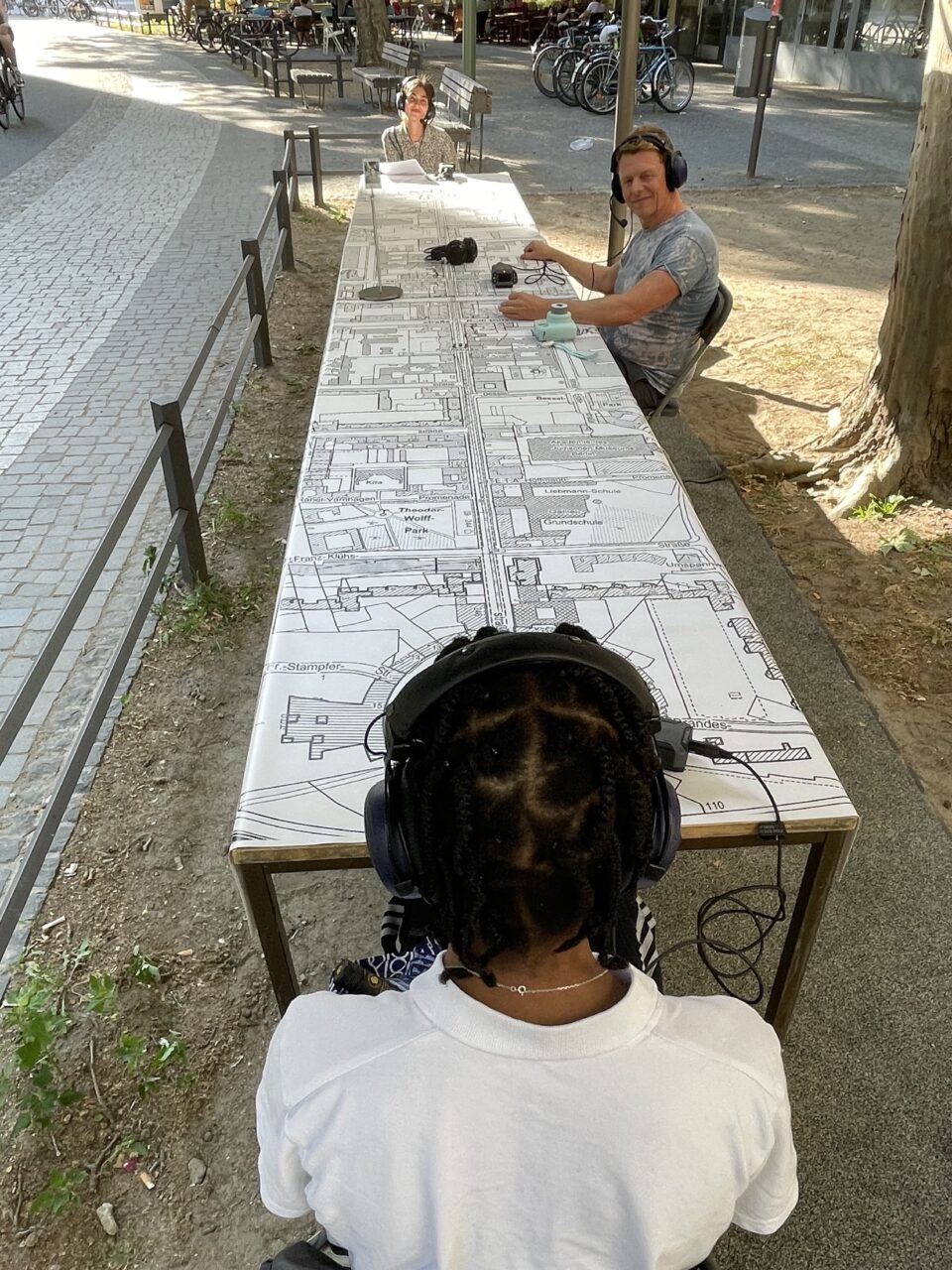 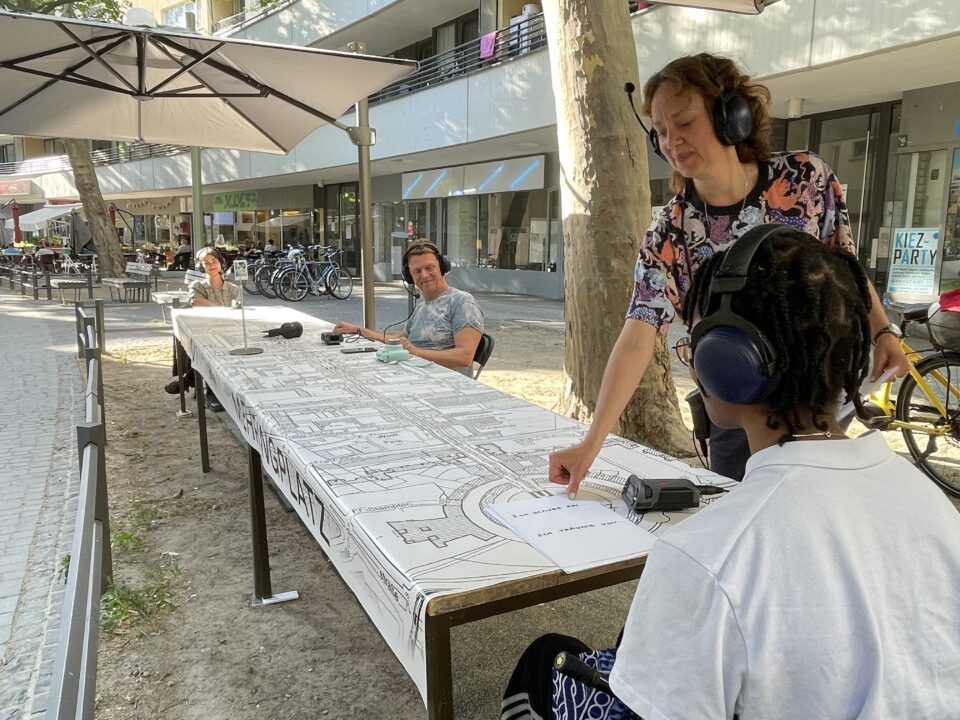 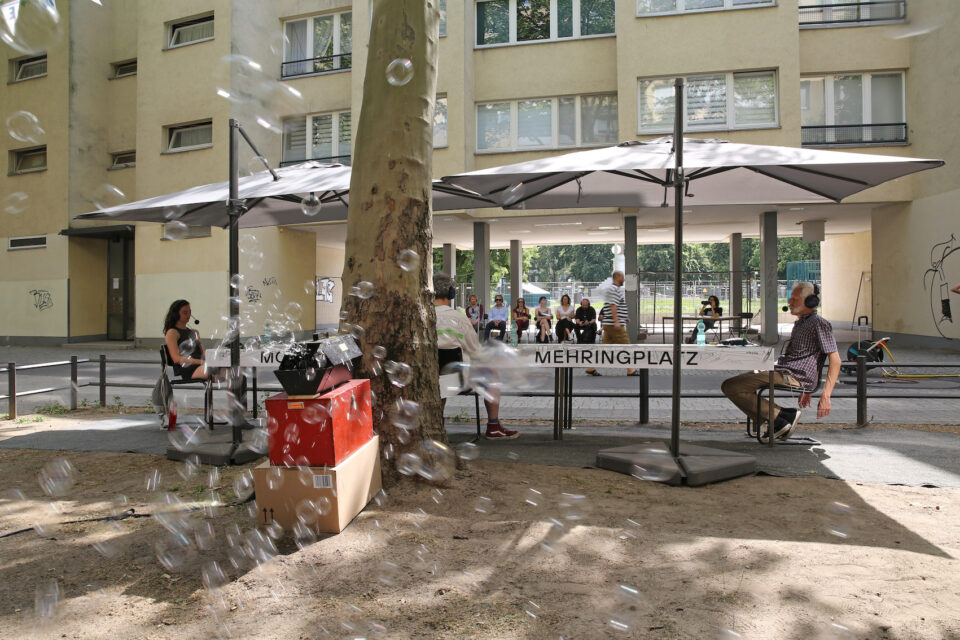 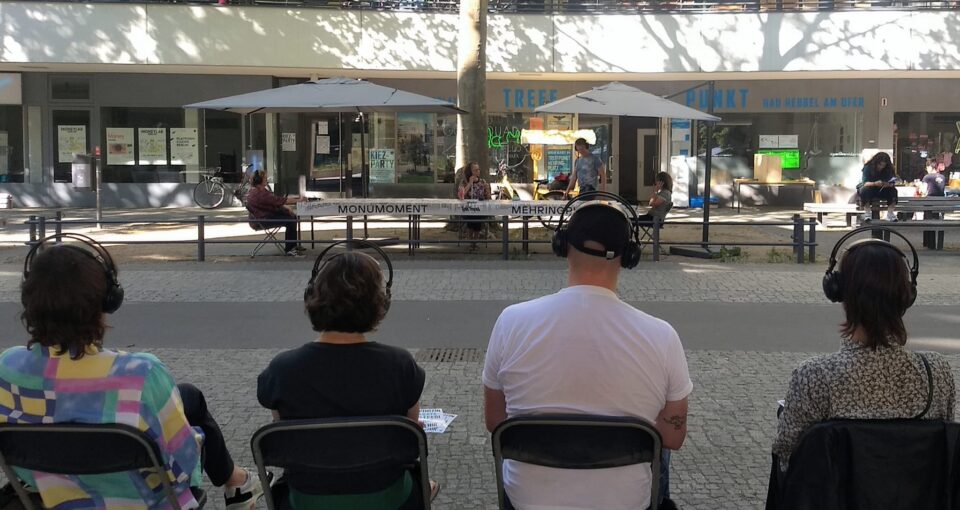 an interactive installation in the urban space

Gob Squad engineers an encounter between two total strangers, making a temporary monument. It’s a monument which does not last an eternity, but is committed to a moment. People from the surrounding neighborhood are invited to take a seat at either end of a long table, and enter into a conversation. Instead of a permanent structure of stone and steel, living portraits of locals and passers-by are created, which exist just for a moment. The performance lasts several hours, during which Gob Squad work on a continuous series of encounters, filling in the gaps of oral history, giving space to express what so often remains untold, unexpressed.

Gob Squad’s aim in this process-led project is to get to know a neighborhood surrounding a theatre, to make contact with local residents and explore the potential of these brief encounters. Two people have the chance to meet, talk and listen to each other, taking part in a conversation led by a member of Gob Squad. Audience members and passers-by can listen in to these at times intimate, touching, raw and honest conversations from a short distance away, with the help of headphones, taking in the sight and sounds of this ‘MonuMoment’ amidst the hustle and bustle of ongoing city life. Perhaps they even take part in a conversation themselves. Gob Squad’s MonuMoments is an homage to chance encounters, and an invitation to local people to see and be seen.

Surrounded by the hullabaloo of Berlin Wall tourism and experience culture, the monument of two soldiers at Checkpoint Charlie stands for an attempt to grasp history and hold it in time. For “Berlin Bleibt #4” Gob Squad entered a kind of dialogue with the monument less than one km away. Instead of a permanent structure of stone and steel, we created living portraits with local residents and passers-by to reverse the idea of permanence and remember something for a moment. In collaboration with HAU Hebbel am Ufer, it was  an invitation to the people of Mehringplatz to see each other and be seen.

Holzminden, on the river Weser in central Germany, is a town where migrants, travellers and tourists have been passing through for centuries. As part of Z/KU’s citizenship project, en route to Documenta fifteen, we will be creating an afternoon of MonuMoments for locals and travellers.