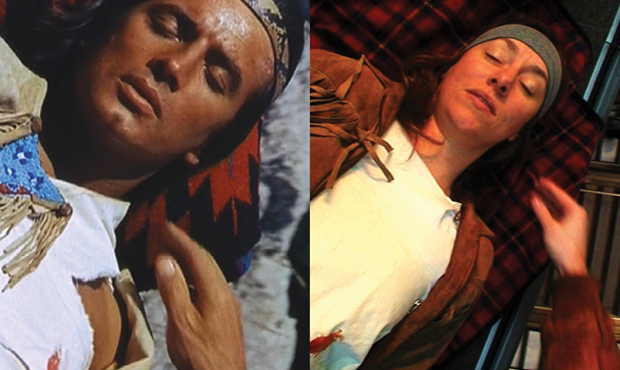 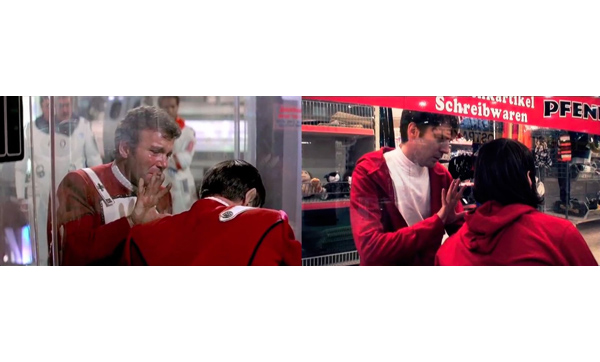 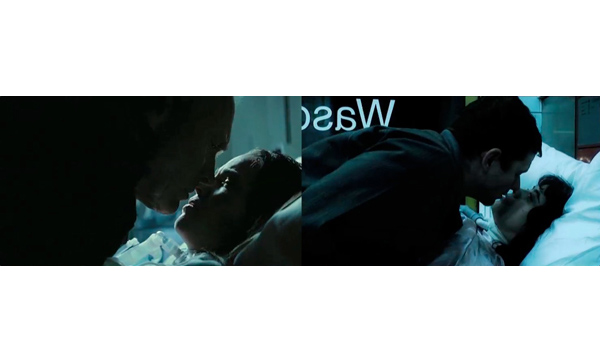 A two screen film about dying just like in the movies

In the course of the twentieth century an absolutely new type of dying
has made an appearance in some of the most industrialised, urbanised
and technologically advanced areas of the Western world. Society has
banished death. Society no longer observes a pause; the disappearance
of an individual no longer affects its continuity. Everything in town goes
as if nobody died anywhere.
Phillipe Aries – The Hour of Our Death

What: Seven film sequences are restaged by seven performers across the city of Berlin. Shown on two screens, the devices of narrative film are doubled up and reflected back on themselves in a cinematic game of ‘spot the difference’.

Where: The mountains of the Wild West become escalators in the central station, a battlefield from a historic war becomes a city fairground and the interior of the Starship Enterprise is played by Pfennigland – a cheap “Everything’s a Pound” shop.
The intertwined sequences and their doppelgangers weave simultaneously towards their inevitably tragic ends. Performers prepare and play-out their scenes with tender seriousness, leaving a trail of pretend corpses, extracted from their borrowed sources and abandoned in cinematic pull backs that reveal everyday urban life continuing around them.

How long: 20 minutes. English and German (with a tiny bit of Spanish)

“Suddenly it is possible to understand that the central figure in this installation piece is the audience, and their relationship to fictional deaths on film. In this way, Gob Squad use the live event beautifully, setting up an extraordinary exploration of film death and its witnesses.”
Alexander Roberts, Total Theatre