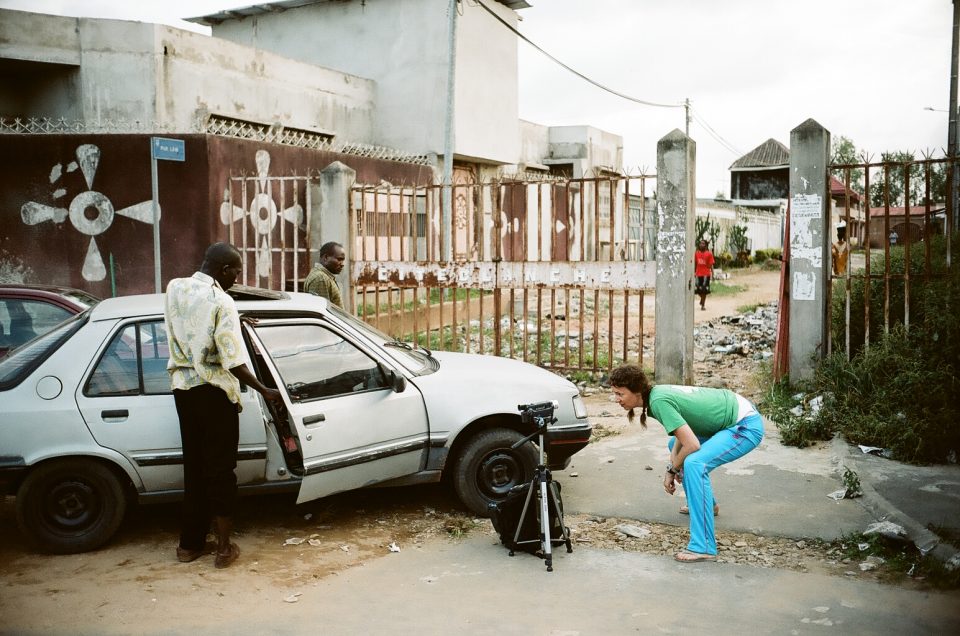 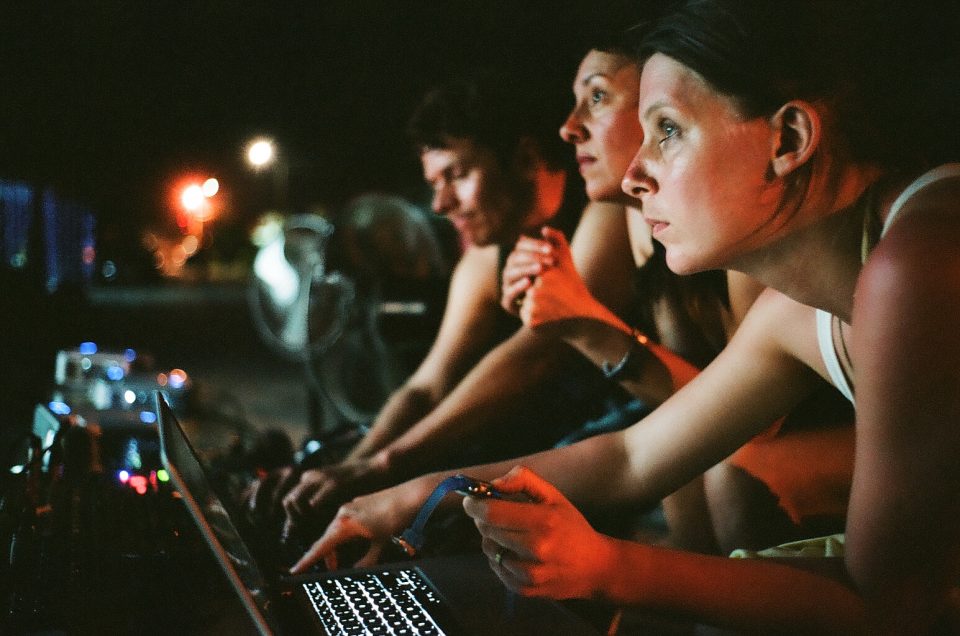 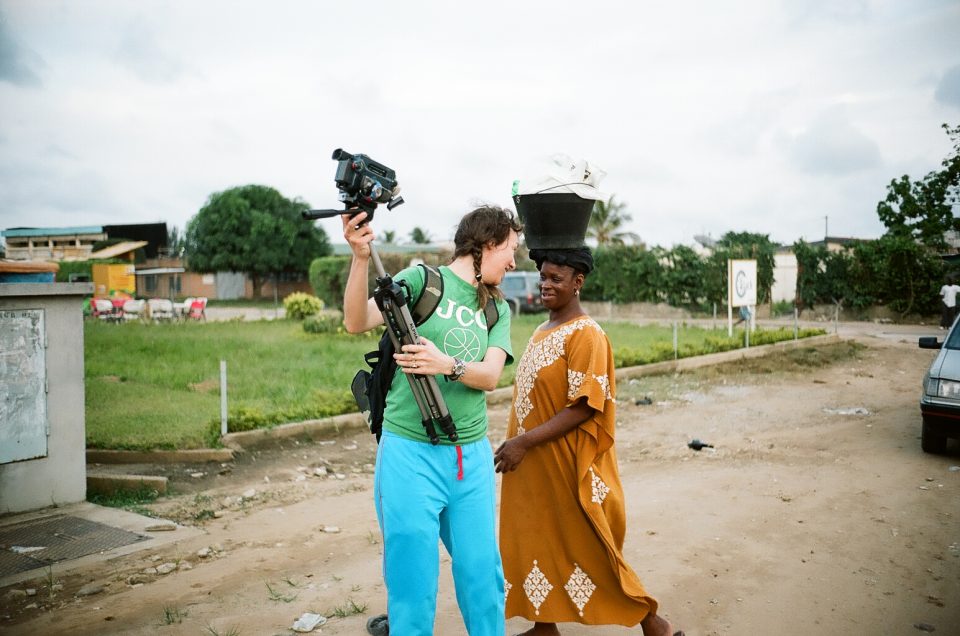 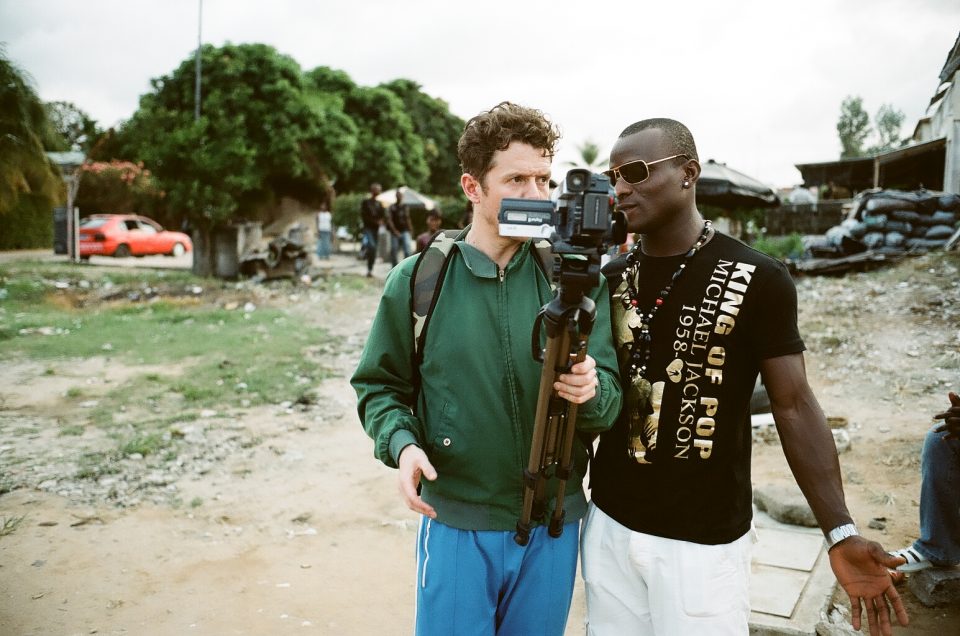 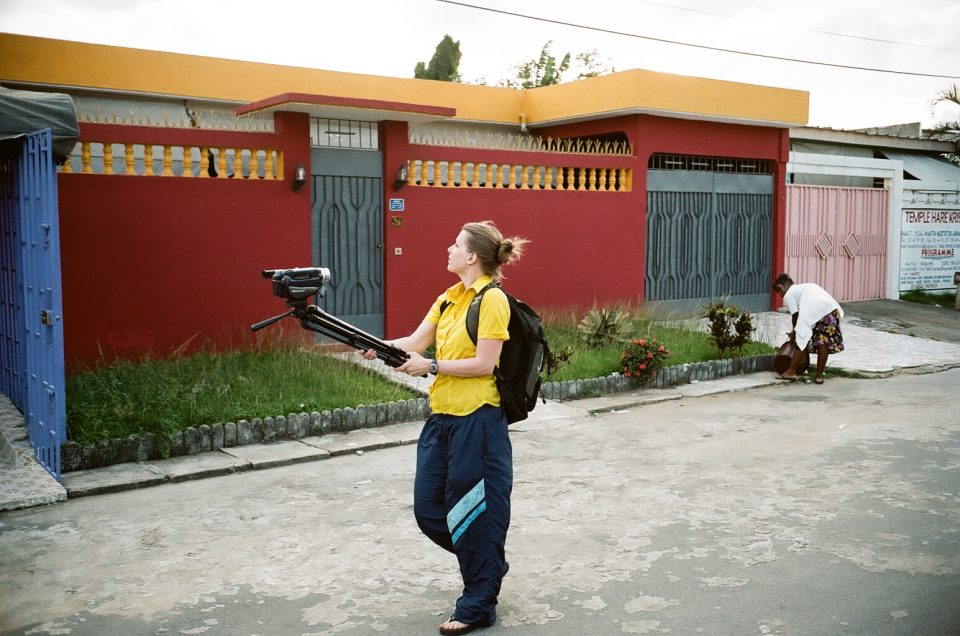 Film shot on the streets of Abidjan, Cote d’Ivoire

The Struggle To Get To Know You

“Le Coup De Foudre” means “Love at First Sight” but also “Short Circuit” and “Thunderbolt”.
For our work in Abidjan Gob Squad developed our video performance “Super Night Shot” (2003) in which performers video an “instant film” one hour before its screening to a local audience. Despite cameras and video projectors breaking down due to heat and humidity, taxi strikes that meant it was difficult to work on location and many things lost in translation, we managed to shoot three shows: two times in the district of Angré (where we were staying) and once in proximity to Rue Princesse.

A full 3 screen version of one of the shows was presented just once in Angré on the side of the artists’ accommodation, but the group was unable to perform on their final day.

This documentation is a combination of all 3 shows and interviews that were conducted around Rue Princesse in April 2010 as part of Gintersdorfer/Klaßen’s project Rue Princesse.