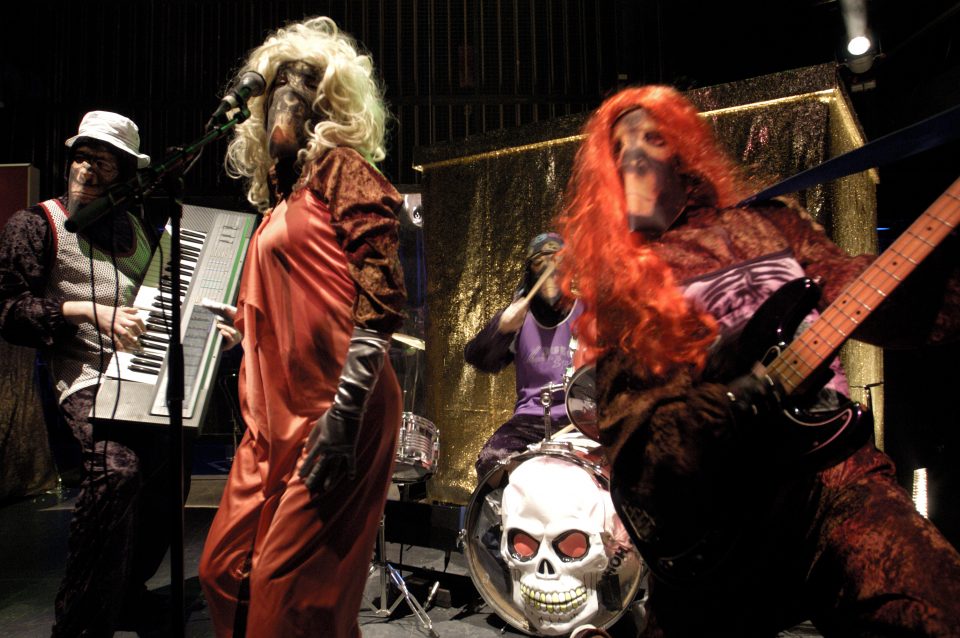 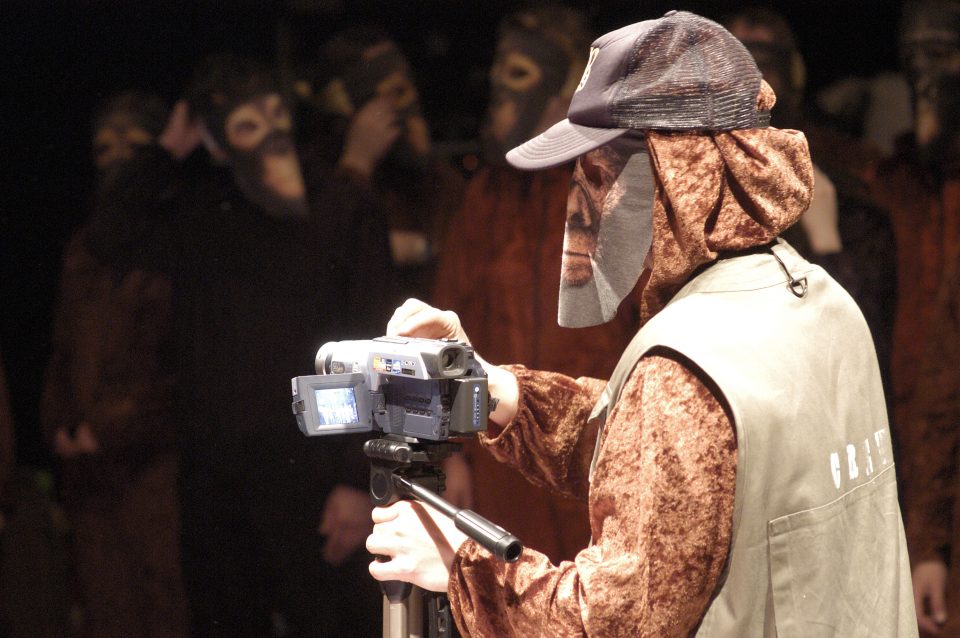 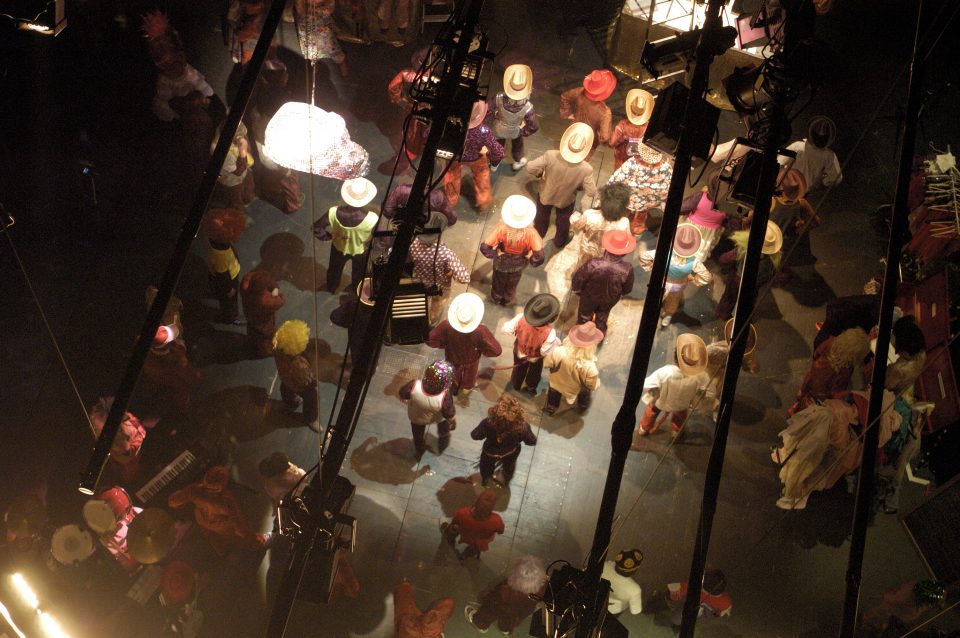 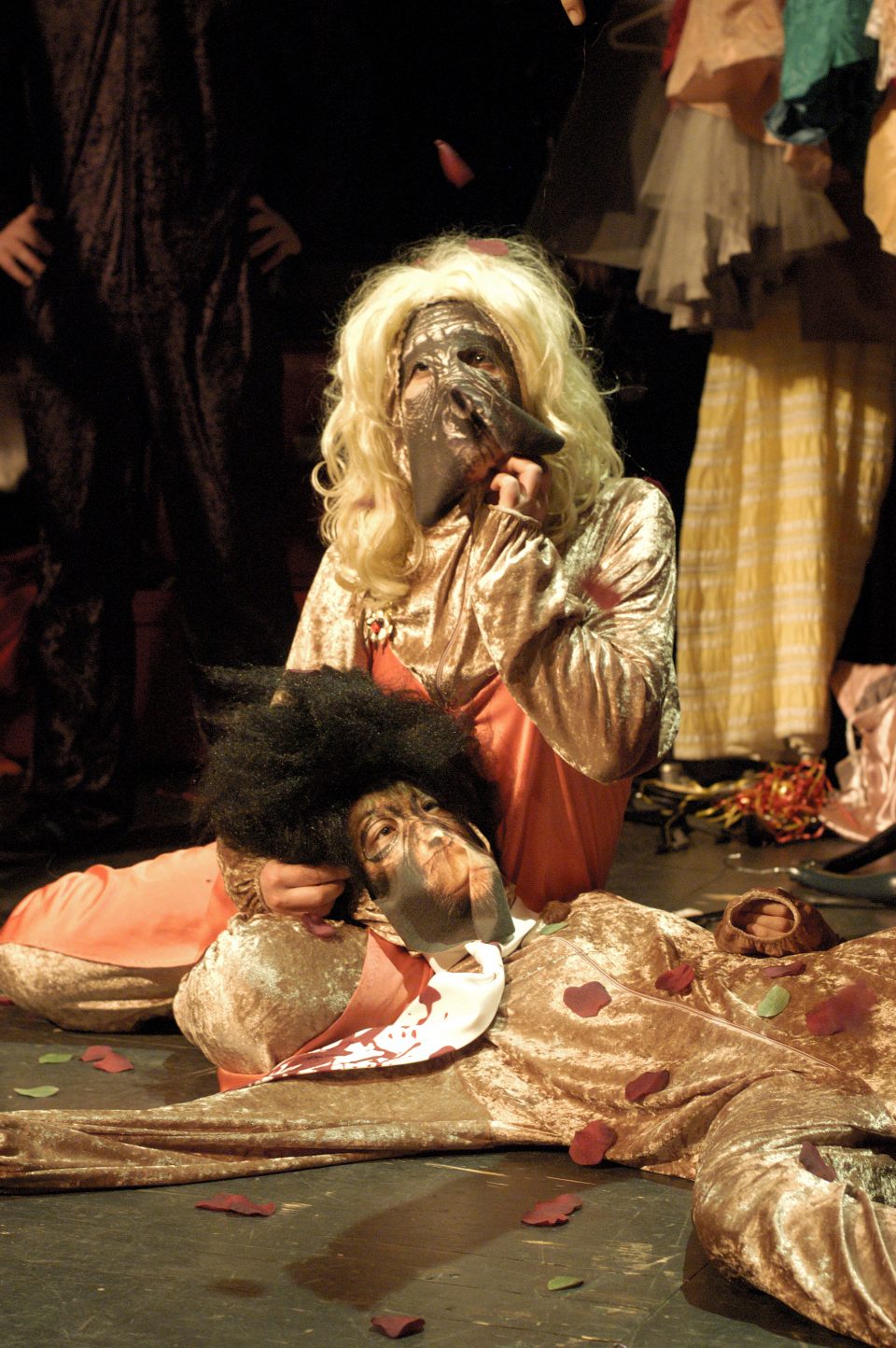 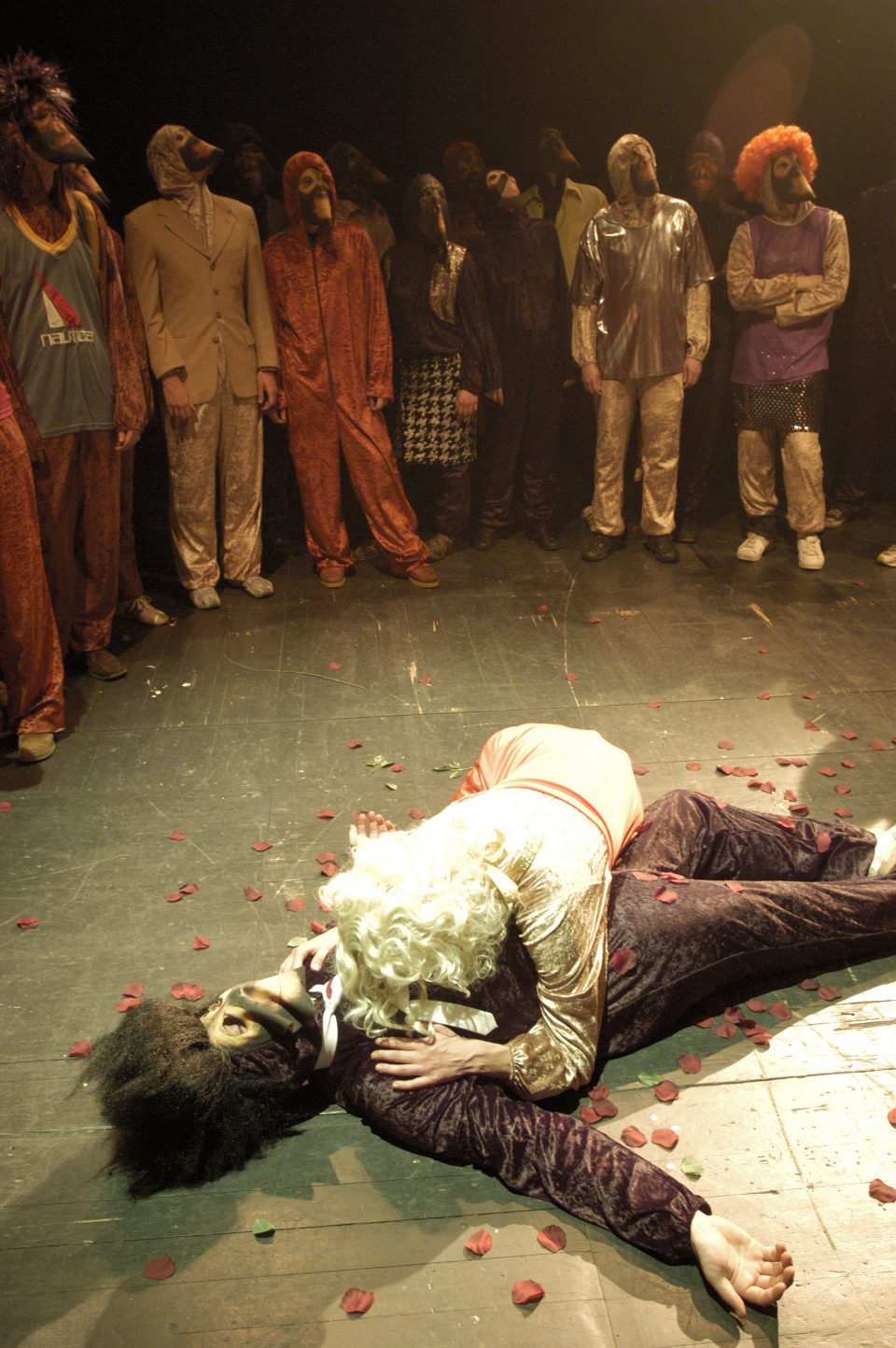 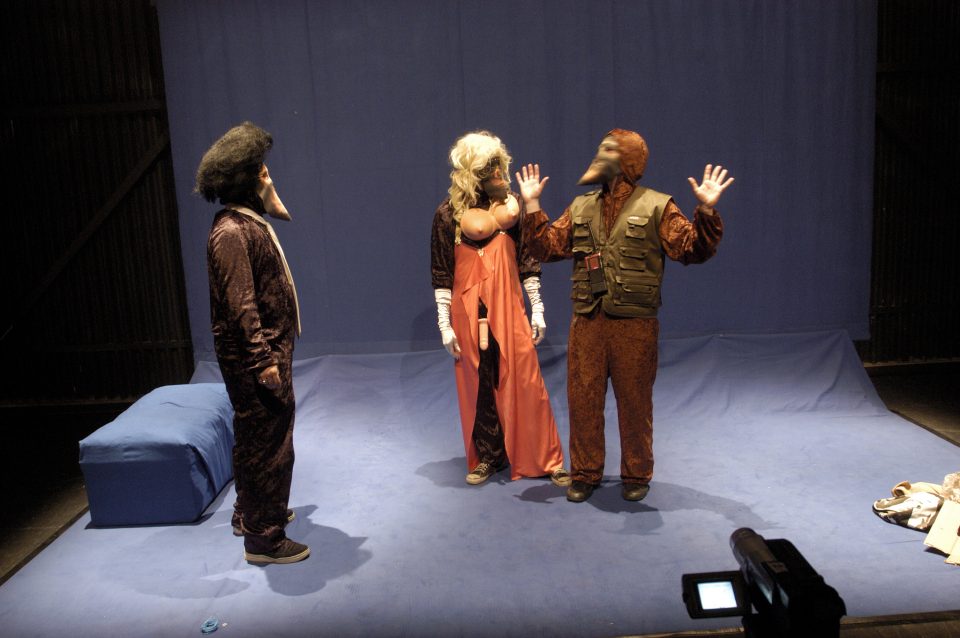 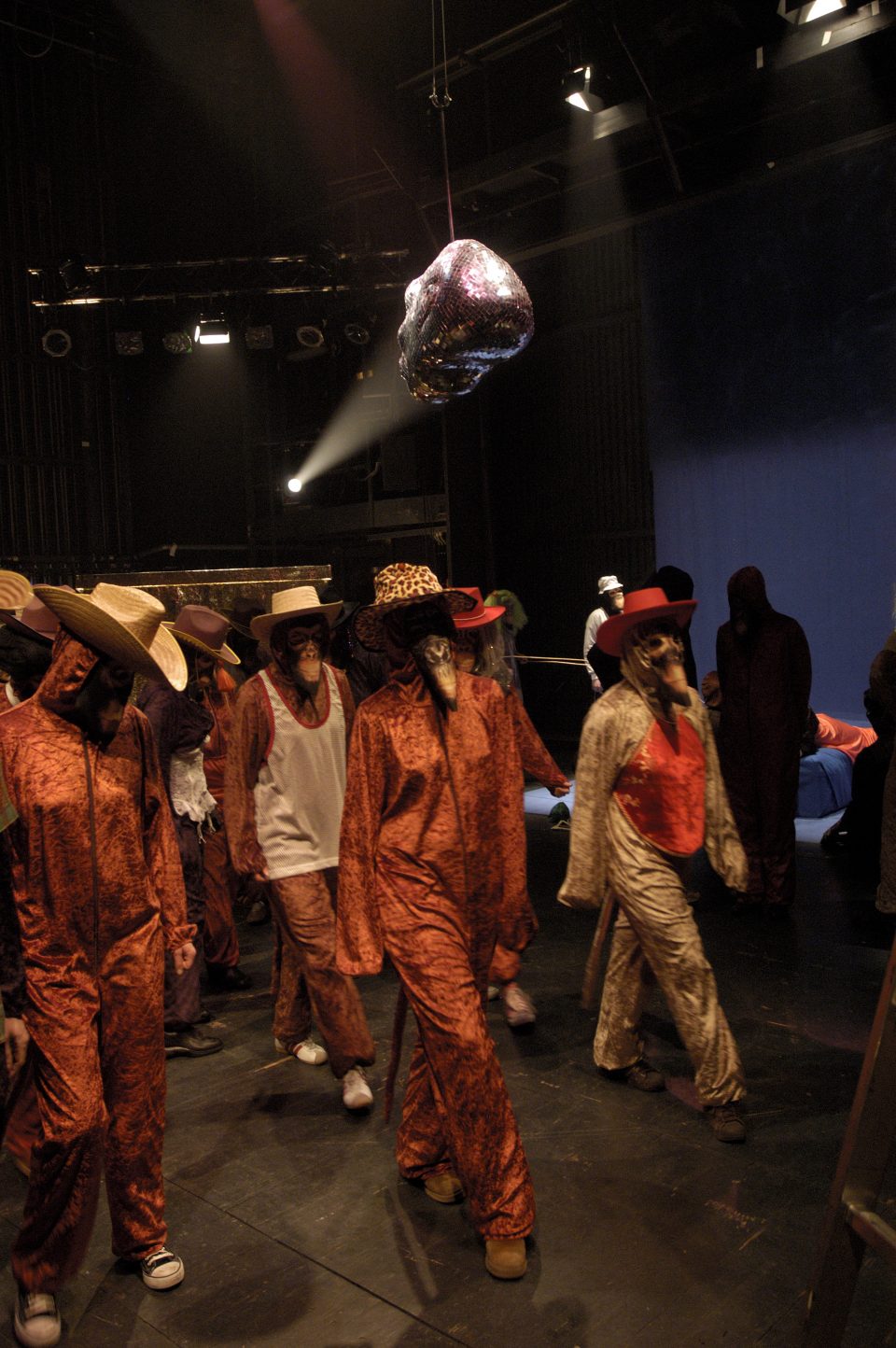 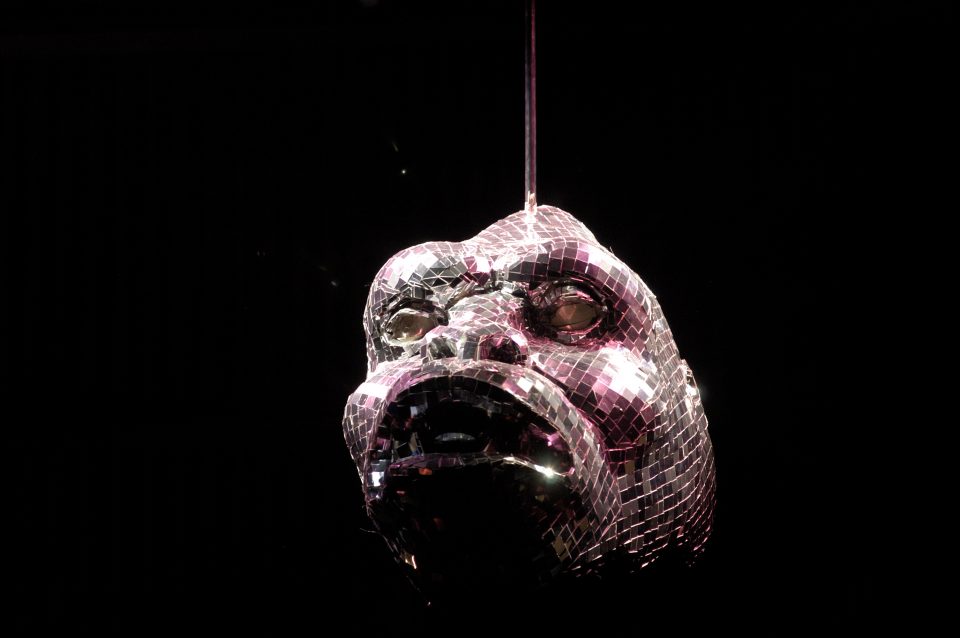 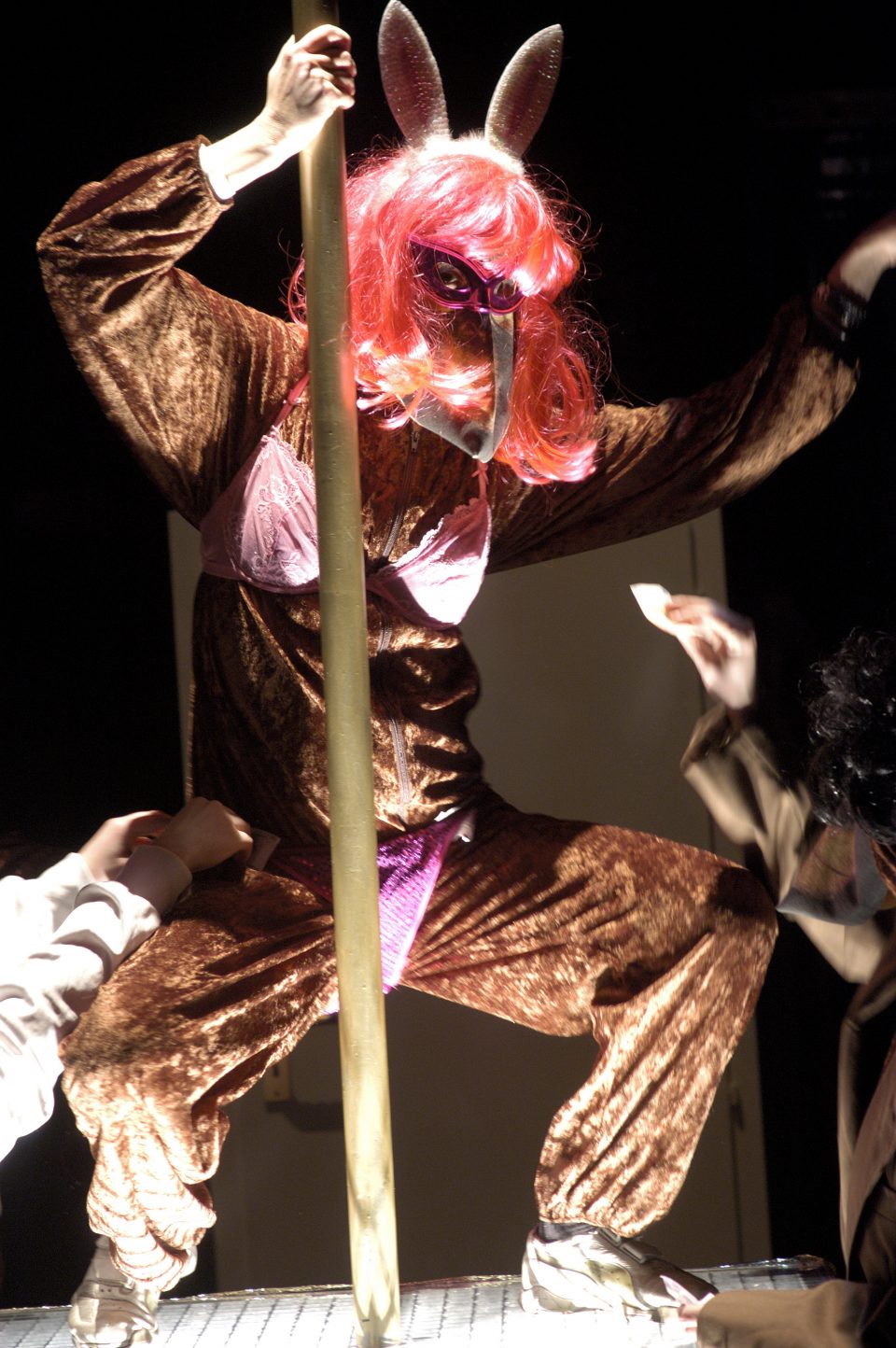 The audience become the actors in a remake of a cinema classic.

The words were not written by Quentin Tarrantino they were written and spoken by you in our recording studio. Instead of Catherine Zeta Jones or Brad Pitt, it was you, instead of Stephen Spielberg or Sophia Coppolla it was us. In short – we have just made a movie – it will not be a Monster Hollywood Blockbuster hit – it will just be a monster – but it will be our monster – because we made it together.

Who:
3 Movie Directors, 2 Sound Recorders and around 80 Actors (the audience)

What:
Fully disguised from head to toe as an ape, you find yourself on an extremely chaotic film set making the Greatest Movie Of All Time. How you deal with this is up to you, but since no one knows who you are anymore you might find yourself waltzting with a stranger, playing the leading lady in a rather suspicious toilet scene, or surrounded by perverts as a poledancer. The movie directors work at break neck speed aiming for one take per scene. Amidst the mayhem you may be taken to a recording studio and asked set of questions in front of a mic, before being thrown back into a scene in which you must die in your lovers arms. One sweaty hour later and you’re human again – its the interval and you’re waiting to see the premiere of a movie that will only ever be screened once. Crash edited before your very eyes, your movie is played back complete with opening titles and full orchestral soundtrack. That interview you did about your mum takes on a different meaning as it becomes a dialogue in a bar scene, and when you had to run on the spot in front of a large blue screen, did you know that you were running from the steps of the mighty Kong himself?