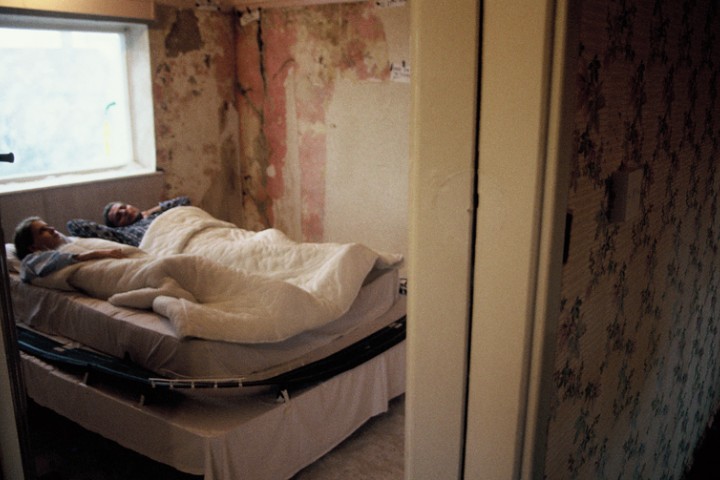 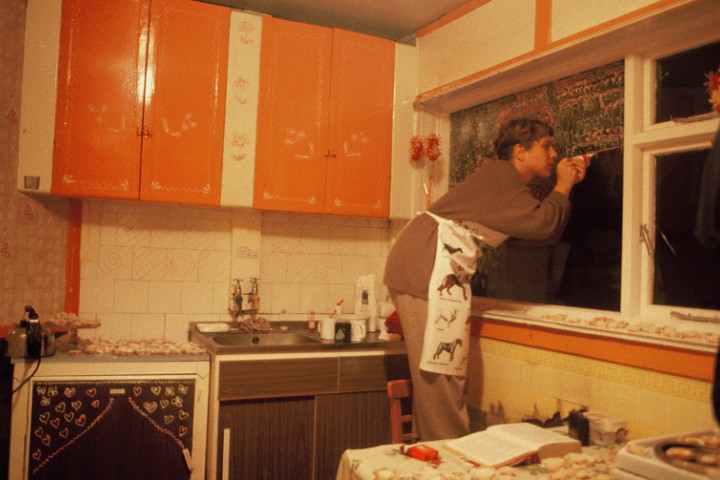 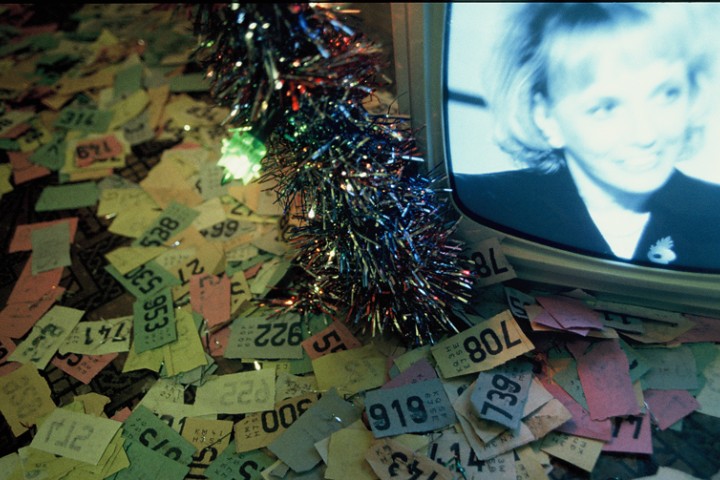 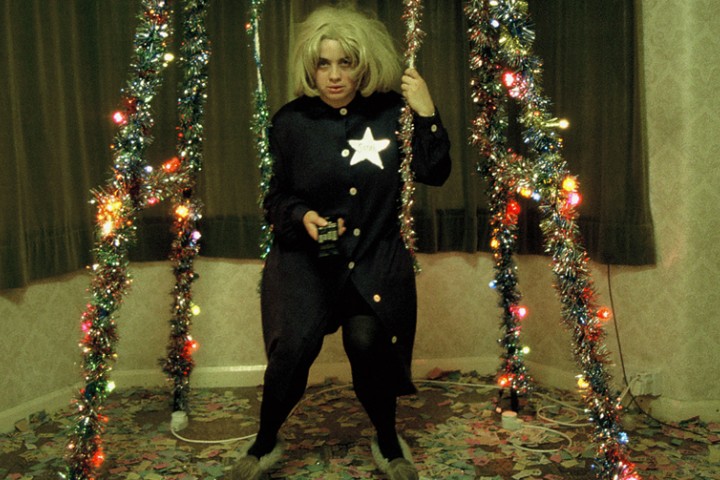 The audience explores a suburban home room by room, peeping into every cupboard. Basic household activities like sleeping, having a bath and cooking become bizarrely abstracted as the performers search for beauty in the everyday and mundane.

Home, home on the range
Where the deer and the antelope play
Where seldom is heard a discouraging word
And the skies are not cloudy or grey
(Traditional folk song)

Where: a disused suburban home (with peeling wallpaper and no view)

Who: a woman swinging aggressively on a swing watching telly; a woman reading a book on „How to have a small nervous breakdown“; a man and a woman in synchronized swimmer outfits practising holding their breath; a sleepless couple, covered in snow; a woman dressed up in a ball gown training a dressed-up Rottweiler; a ballerina in a cupboard curtseying; 7 very assertive door-to-door salesmen; a beautiful voice (going through health and safety procedures)

What: a front room (floor covered in raffle tickets); a kitchen (icing sugar on cakes, walls, cupboards and windows); a bathroom (rose-print wallpaper merging into real flowers); a toilet (dried smelly fish pinned to walls); a bedroom (fake snow has fallen and Scalextric cars race round a bed); a bedroom (laid out with real grass); a cupboard (playing a tune when you open the door); chalk writing on the walls (listing everything that is missing); dictaphones; “Only you“ (sung by Elvis)

House takes place in an ordinary suburban home, prepared specifically for the performance. There are different situations and characters in each room, and their stories intermingle as the piece develops. The audience are encouraged to find their own interpretative path through the house and are free to choose which rooms to enter, and when. House is the starting point for a central Gob Squad concern, that was to be taken further with Work and An Effortless Transaction – to make live art which directly draws on the familiar and mundane experiences of day to day existence. The most basic household activities – washing up, hoovering, sleeping, watching TV – become abstracted into bizarre fantasies. Synchronised swimmers practice their routines in the bathroom, in a bedroom carpeted with grass a live Rotweiler gets dressed up for a night out, and door to door salesmen call at every opportunity. The domestic environment is seen as a space where identities are constructed and fantasies played out. House lifts the lid on our private lives, and invites the audience to be as inquisitive as they like.