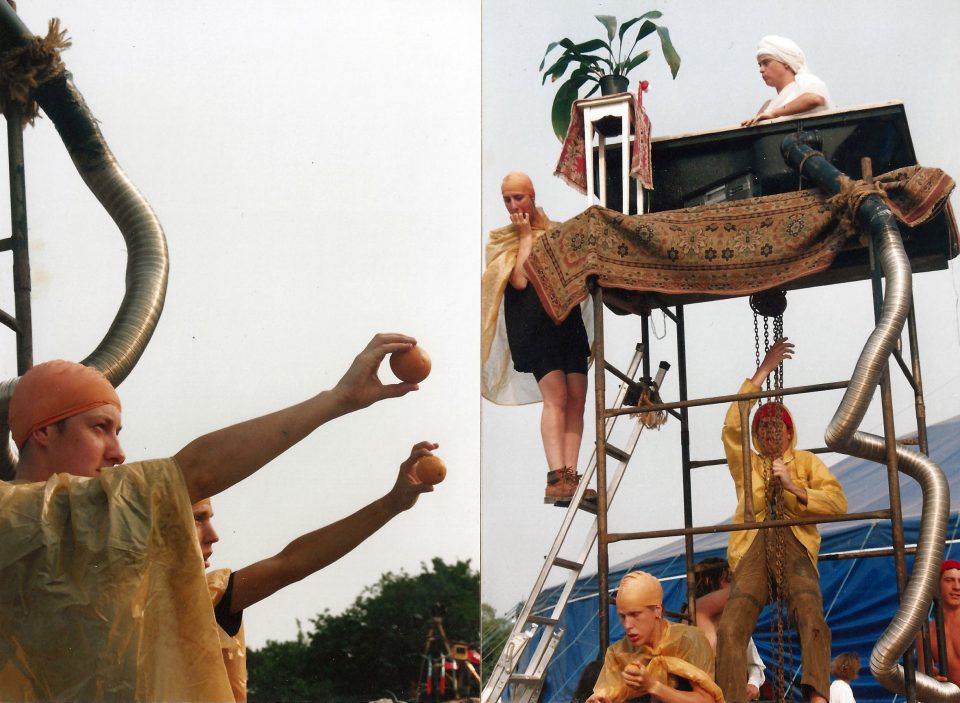 It all starts here. Gob Squad’s first ever performance was devised in order to get into Glastonbury Festival for free. Was it an entertaining absurdist visual spectacle, or a Marxist critique of the class system? Or both? The Observer noted that ‘audiences were crying with glee’ and Gob Squad was in business…