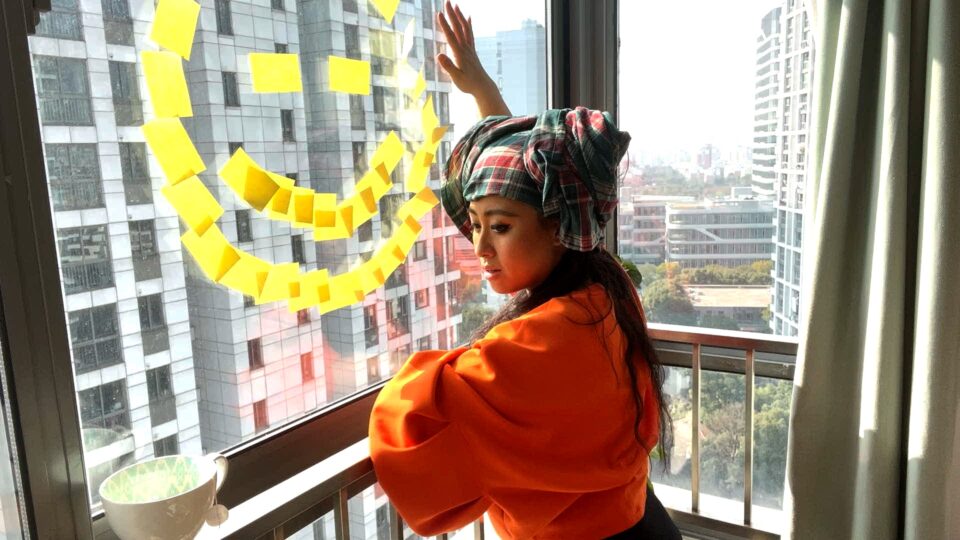 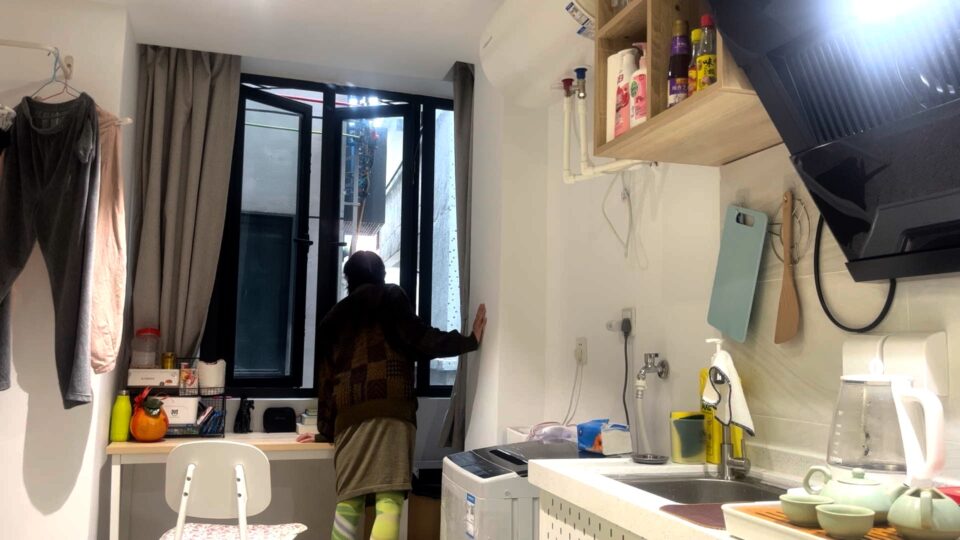 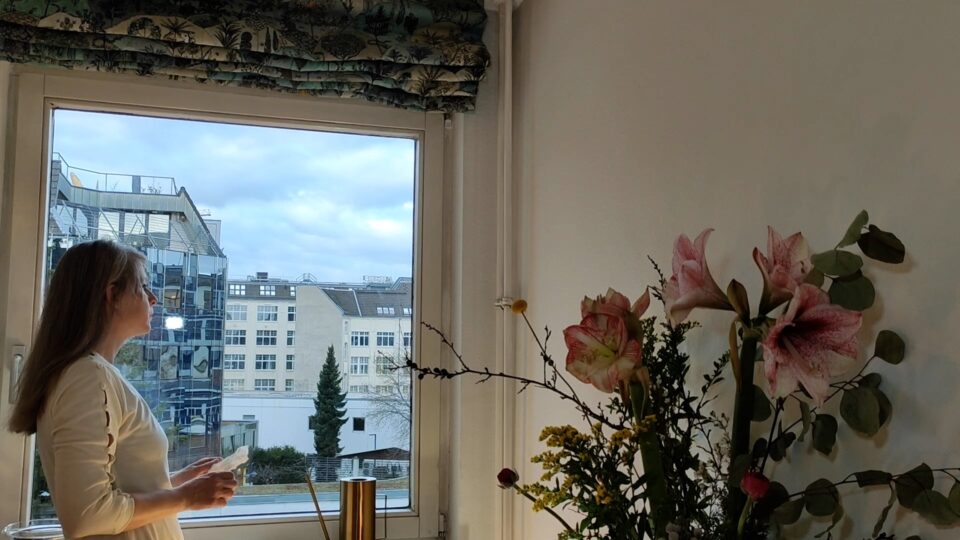 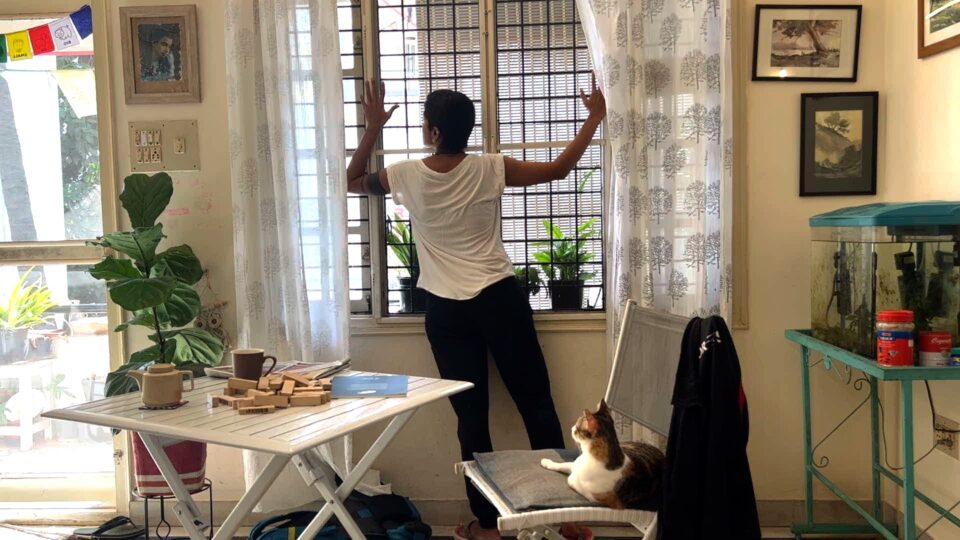 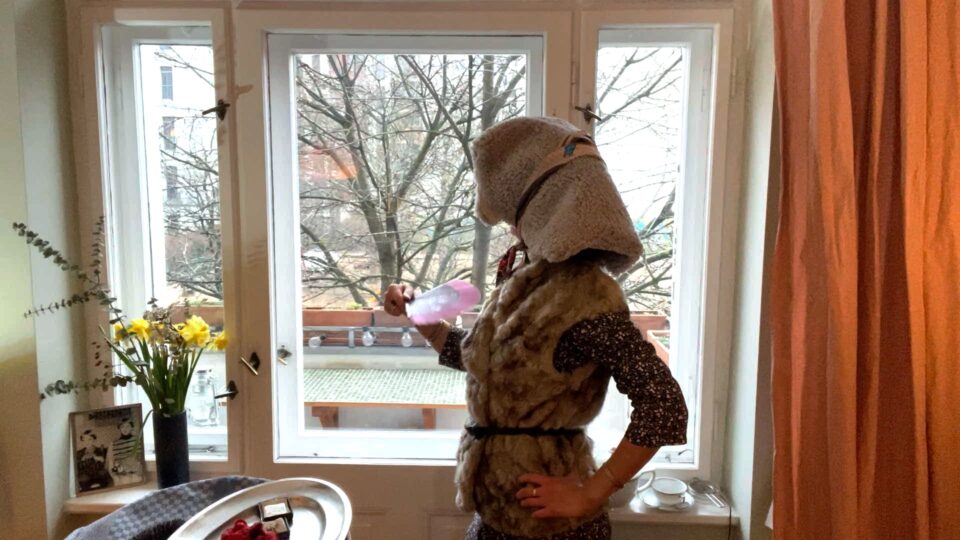 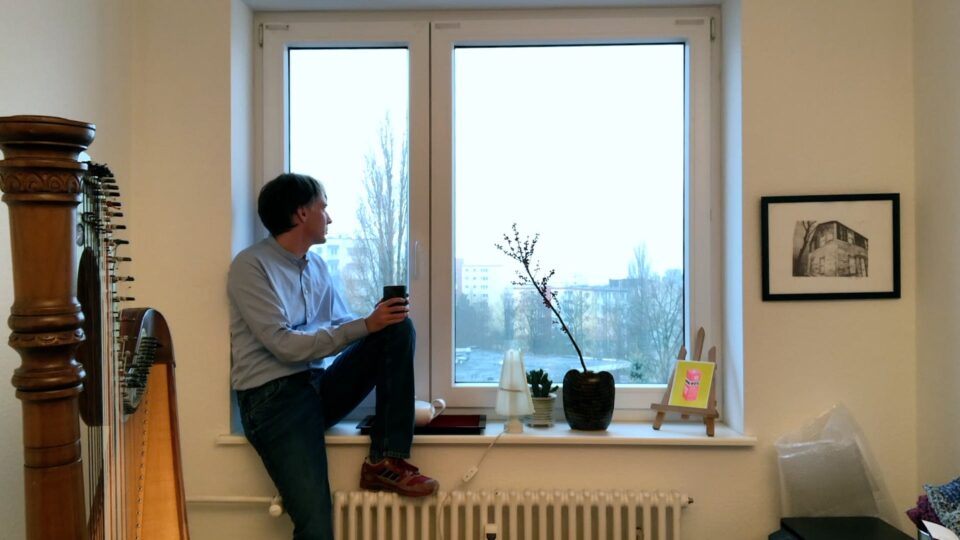 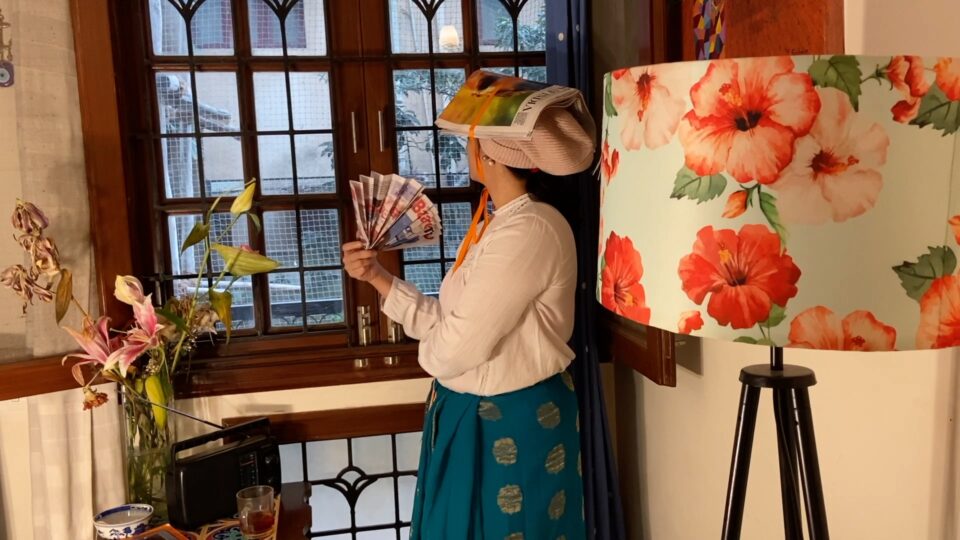 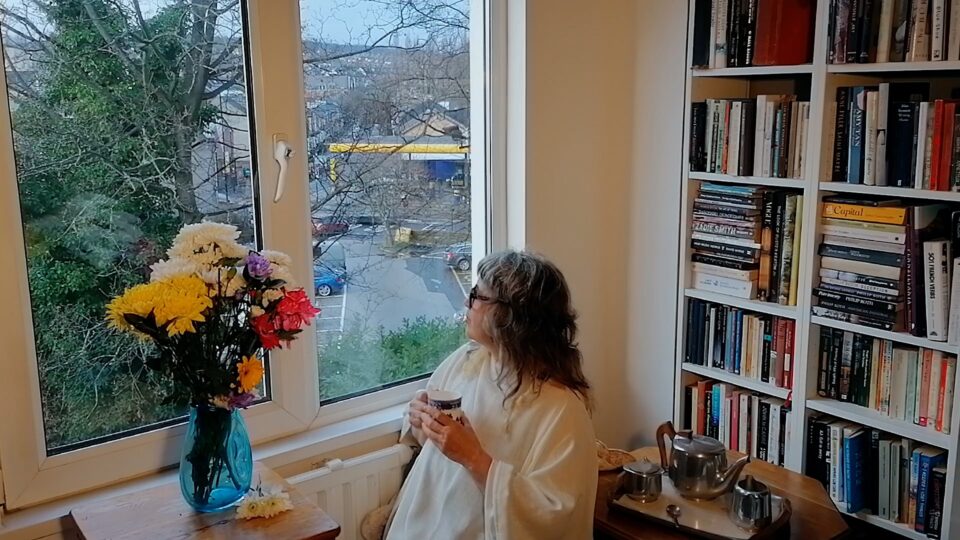 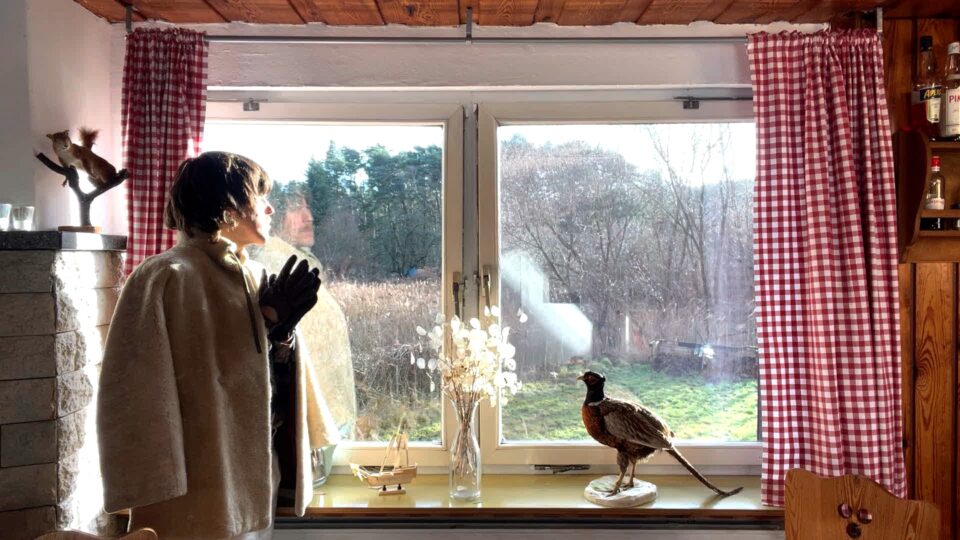 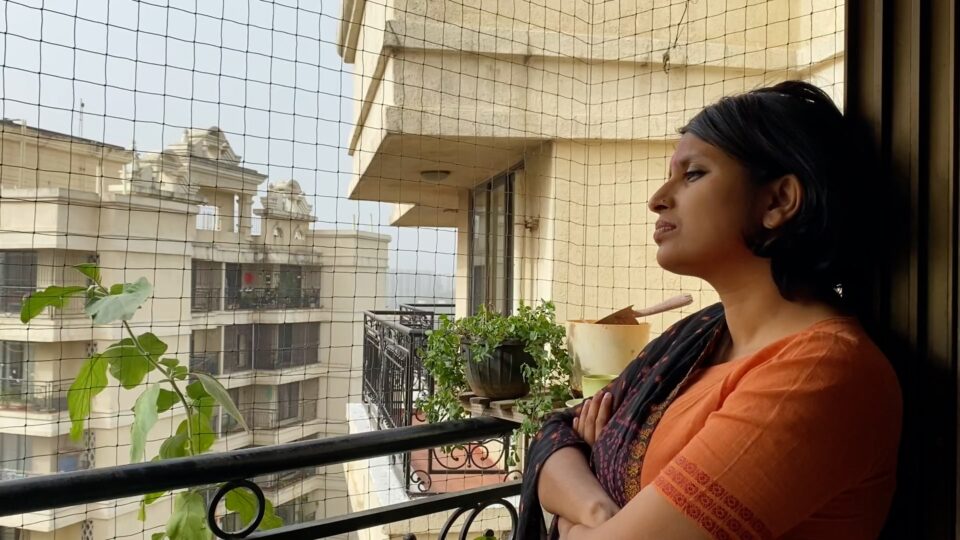 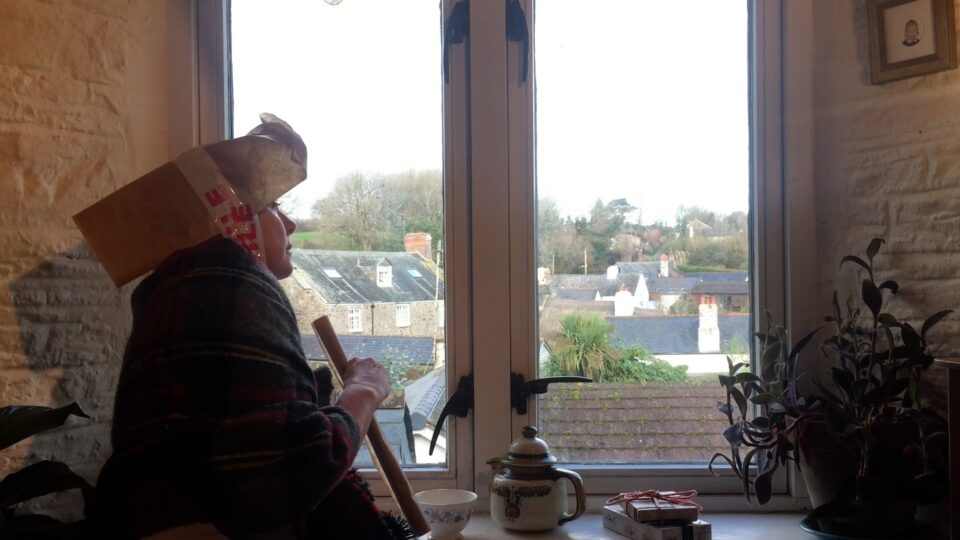 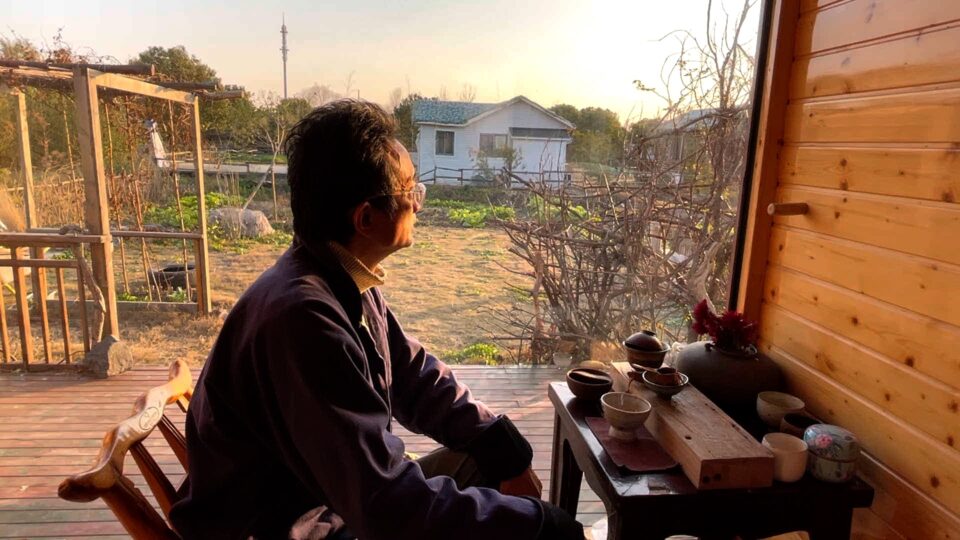 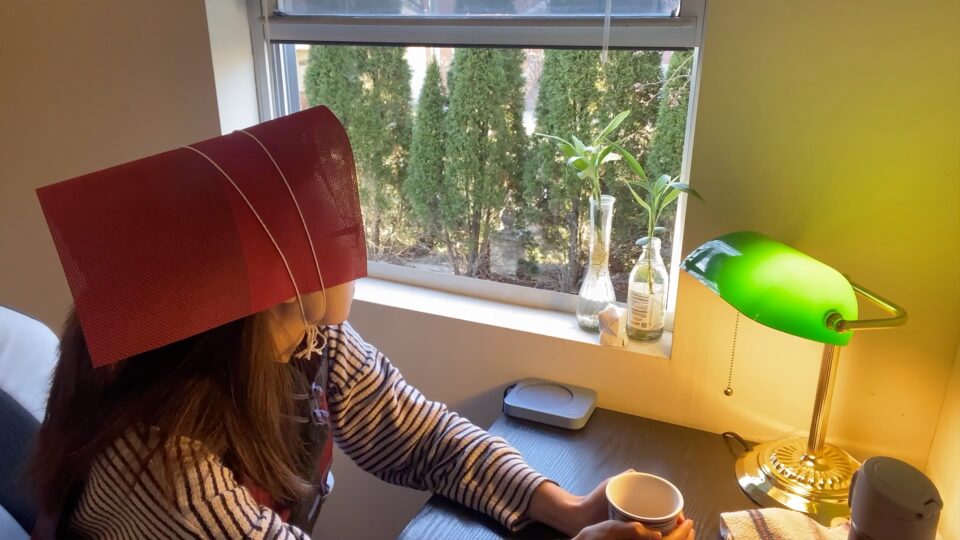 “What we don’t talk about when we drink tea is the slave trade. And how white it is around here…  Tea, anyone?”
– Sharon Smith, Gob Squad

Elephants in Rooms is a multi-screen video installation, showing 14 windows onto the world. The seven members of Gob Squad together with seven collaborating artists from China and India gaze through these windows as a performing chorus, each in their own homes, trapped in a bizarre set of clichés from historical period dramas. The audience is invited to wander amongst the screens whilst drinking tea.

Musical and atmospheric, the work transports the period drama ingredients of hierarchy, privilege, duty, isolation and stagnation into today’s pandemic-ridden, anxiety-driven reality. Confined in a world behind glass, the performers look through the windows onto the landscapes of the views they live with every day. Each performs the longing and desire which is so familiar to the genre of historical drama – seemingly blocked and locked in their bodies, visibly repressed and held captive in their privileged social and intellectual bubbles.

Audiences are invited to spend time with the shifting constellations of performers as they connect and disconnect through a score of set tasks, which they have been given the freedom to interpret and perform in a language of their choice. The scenes repeat in seemingly endless configurations.

A production by Gob Squad. In co-production with HAU Hebbel am Ufer Berlin. Supported by Fonds Darstellende Künste with funds from the Federal Government Commissioner for Culture and the Media.

Gob Squad is regularly funded by the state of Berlin (2020 – 2023), Chancellery of the Berlin Senate for Culture and Europe.