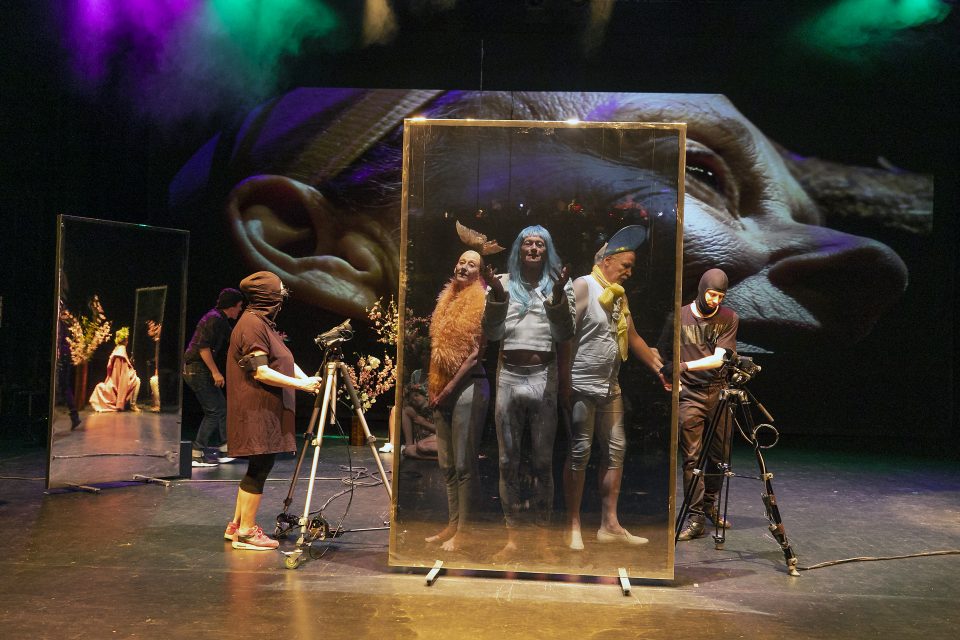 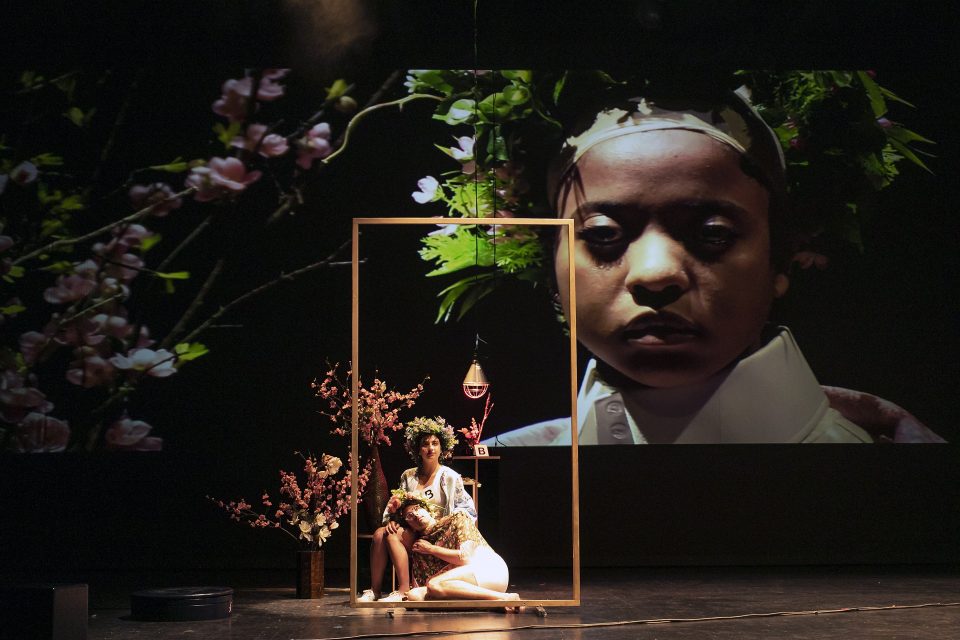 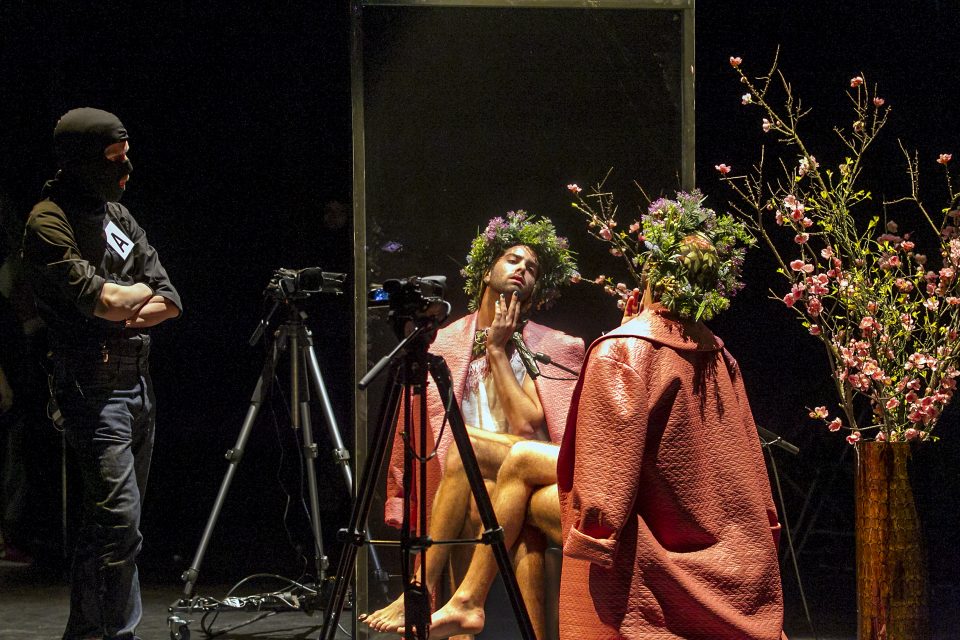 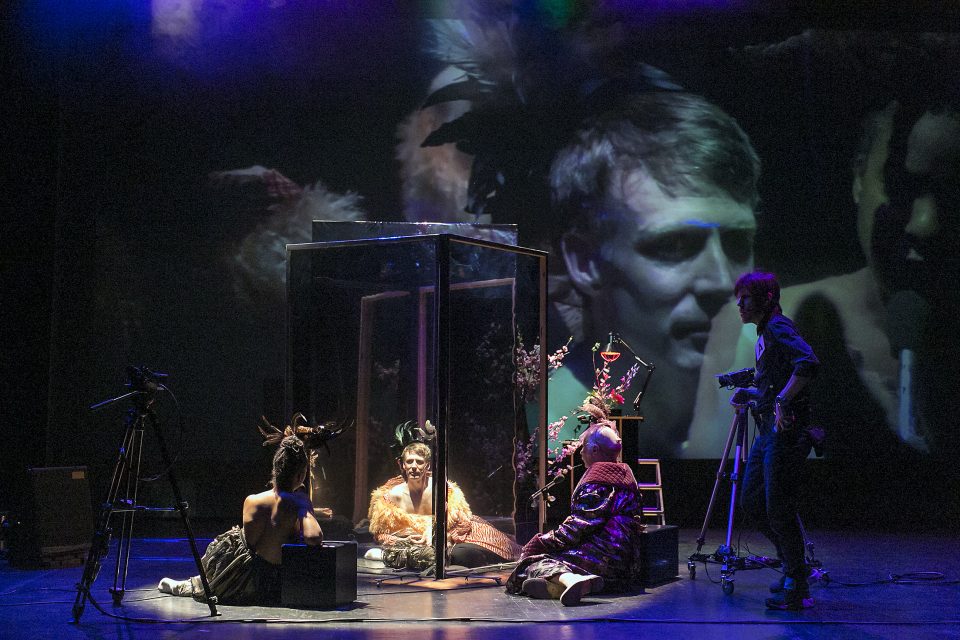 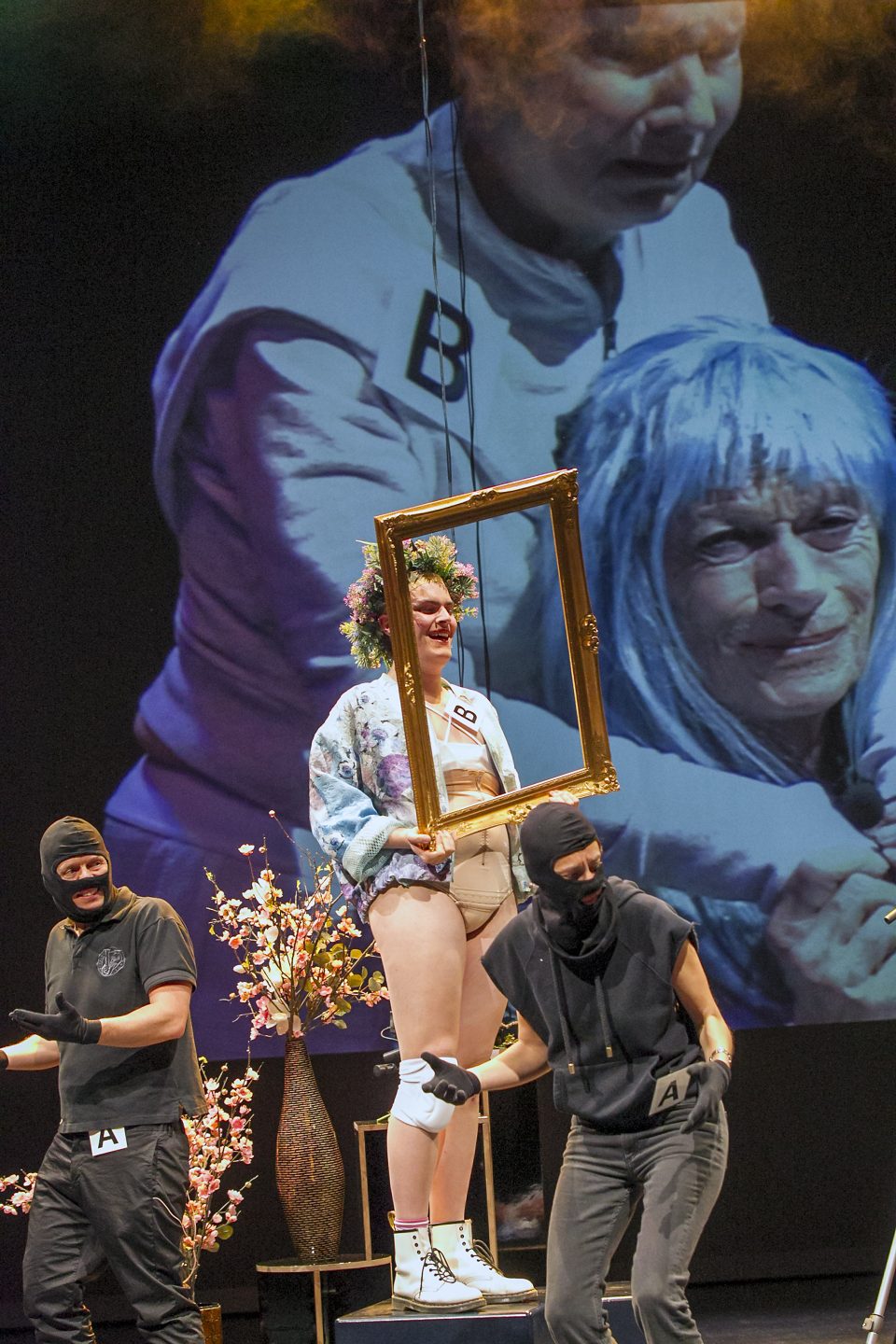 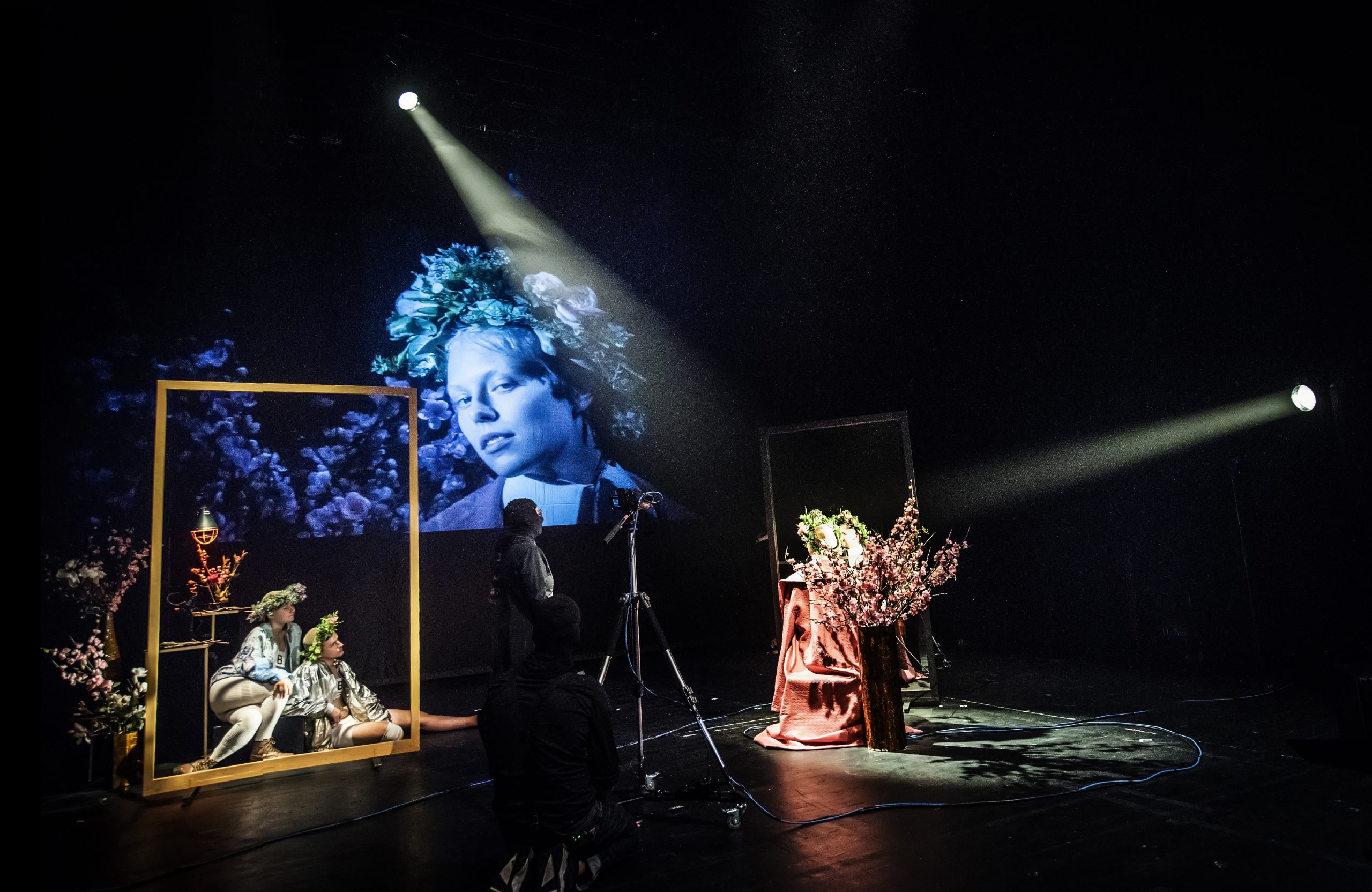 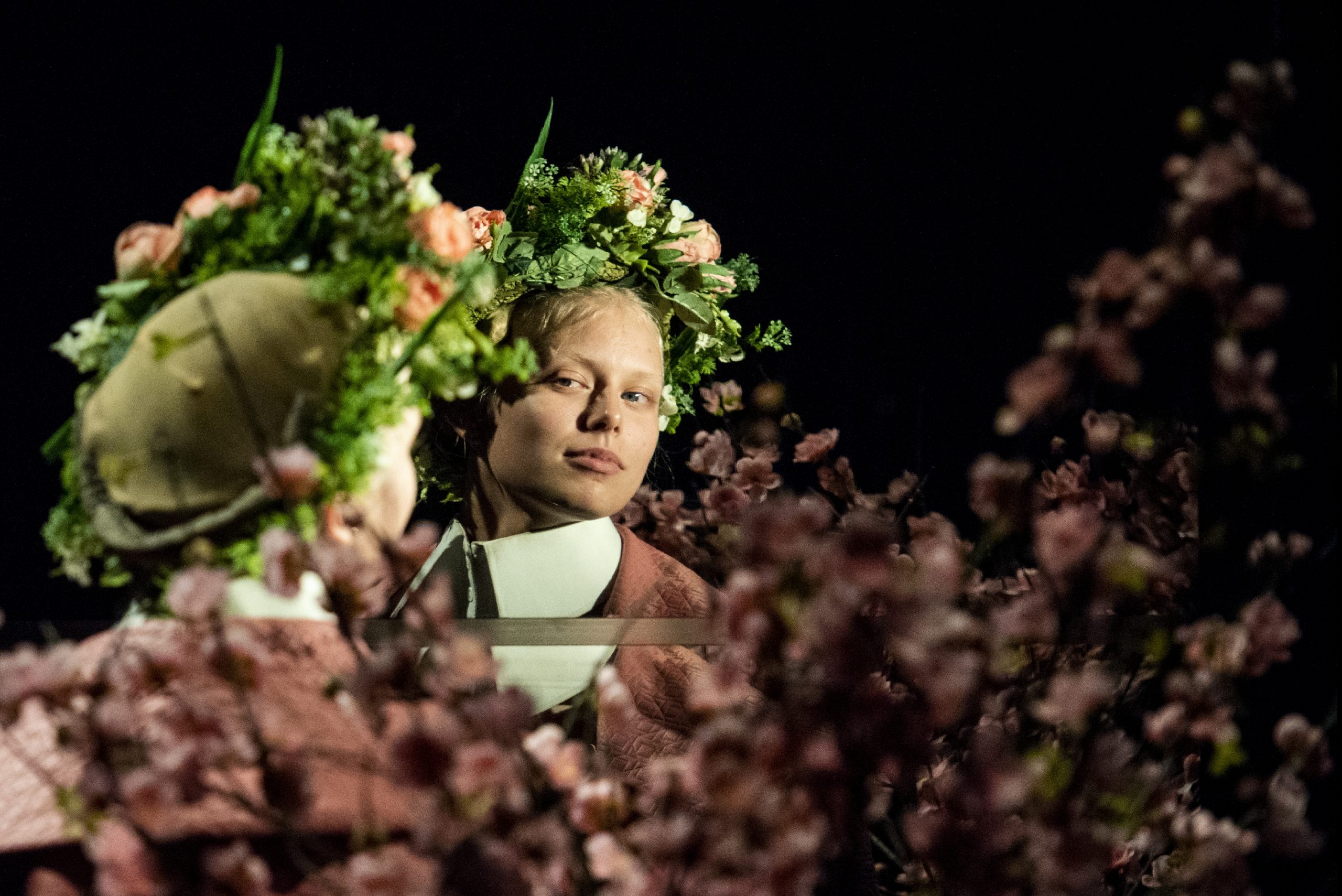 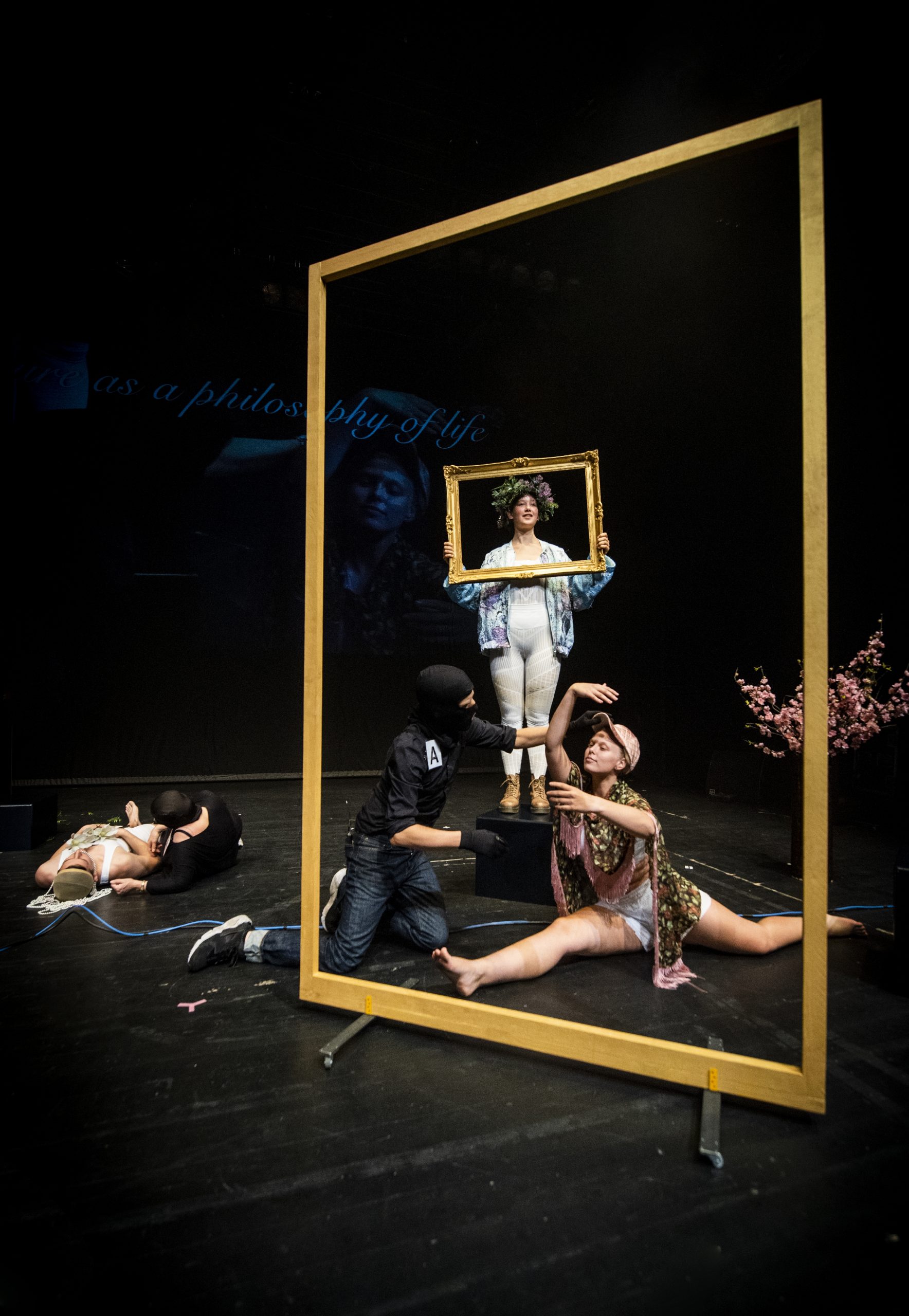 Multi-generational performance with local guests who had or aspire to have a life on stage.

Creation is the realm of gods and artists, who create beauty through sheer will and their own bare hands. But who decides what is beautiful? And what are the concealed mechanisms of power that lie within the triangular relationship of artist, object and viewer?

Gob Squad Arts Collective have travelled the world for the past 25 years and now find themselves well and truly middle-aged, with no desire to exit the stage just yet. In Creation (Pictures for Dorian), they are joined onstage by a diverse group of local performers a generation younger and a generation older than themselves. Their aim? To peep behind the vanity-mirror and search for answers to questions of beauty, morality, ageing and power, and to playfully ask why they so crave the eye of the beholder.

The project is inspired by Oscar Wilde’s character, Dorian Gray, who meddles in the domain of the gods with the aid of a magical painting. He suspends the process of ageing and remains young and beautiful forever, at a terrible cost to his soul. There’s probably a little bit of Dorian in all of us. What happens when he is denied the limelight forever?

Creation (Pictures for Dorian) is funded by the state of Berlin, Chancellery of the Berlin Senate for Culture and Europe.