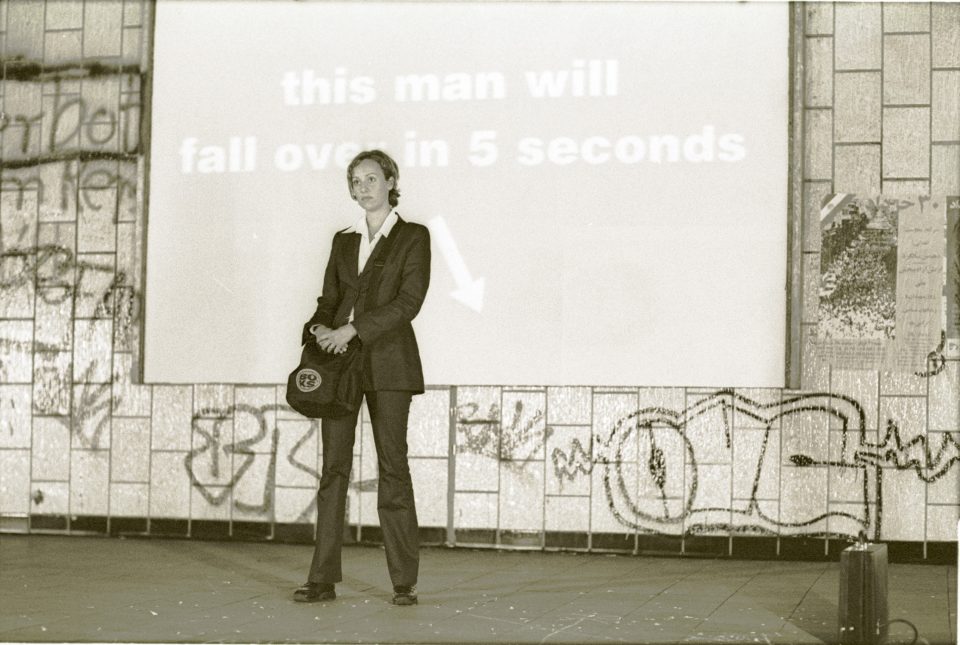 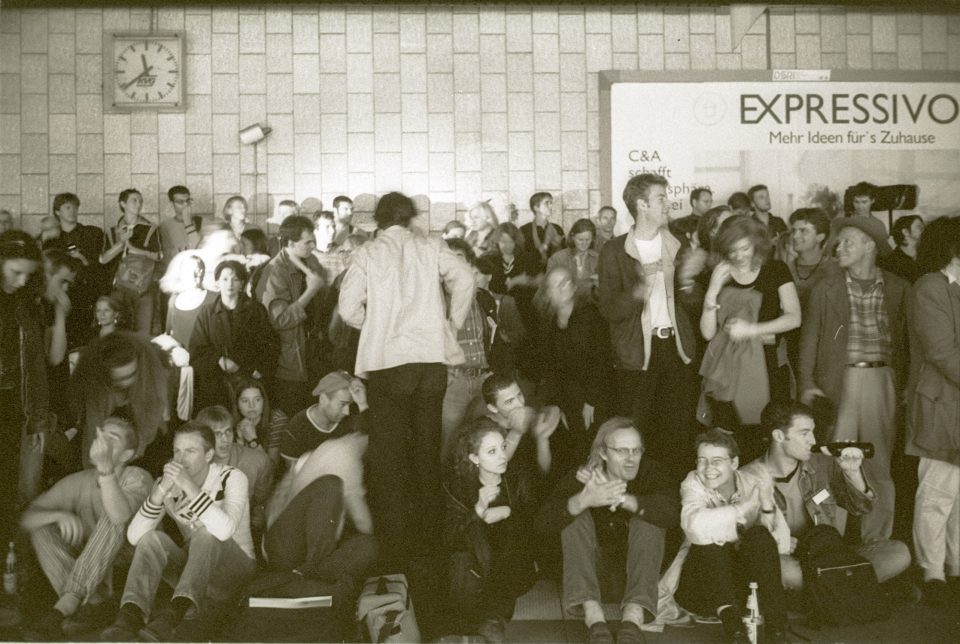 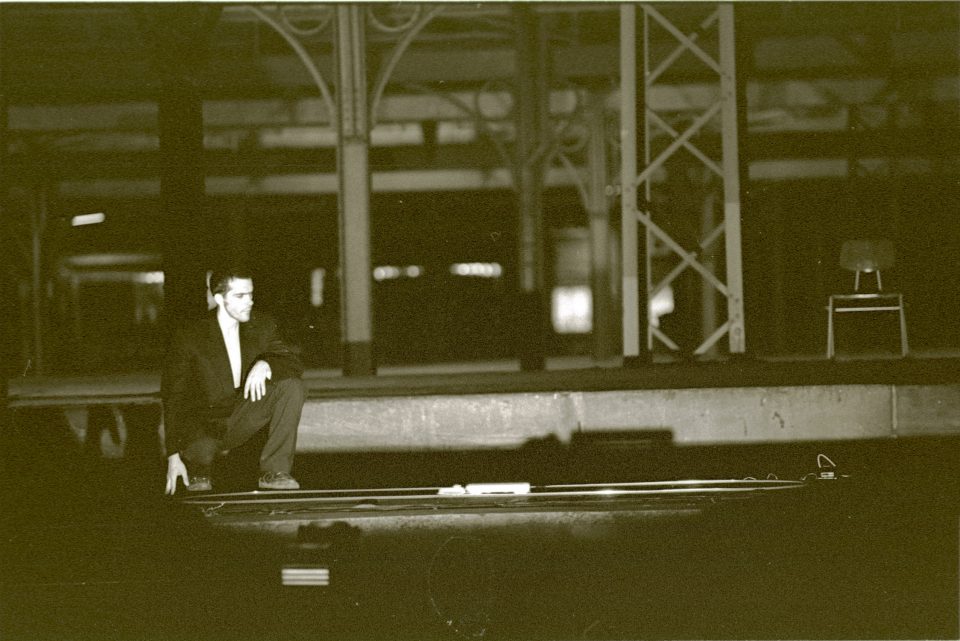 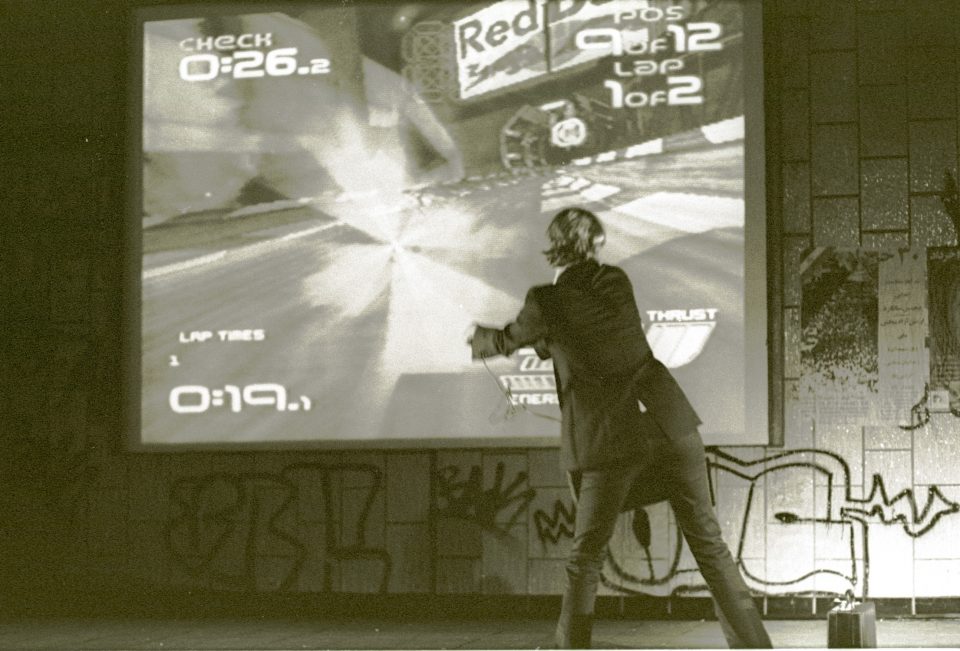 In an underground station late at night, a group of passengers wait for the last train…

– In a garden surrounded by walls, in the town is a fountain of free champagne and all the people are resting on sunbeds

Where: an underground platform (graffiti, 2 bins, 3 advertising billboards, 2 platforms, tunnels each side)

Who: 8 people waiting to move on; 2 men waiting for a train; a girl and a woman falling over to Drum & Bass music (again and again); a couple about to meet (when snow is falling); a lady wearing nothing but a towel (her back to the wall); a man with a briefcase (walking towards a light in parallel with a happy dog running home); a voice (announcing the minutes remaining)

What: 3 video projectors; 3 billboards used as projection screens; fast forward motion in video images, sound and lights; a series of images from idealised places; the slowed down footage of a running dog; a Sony Playsation; a handful of fake snow per performer; tannoy announcements; arrows pointing at people, predicting their future; Drum n Bass music; eerie musical choirs; 1 garden fountain for each bin in the station; a model train running the length of the platform; an underground train coming to take the performers away.