Show Me A Good Time 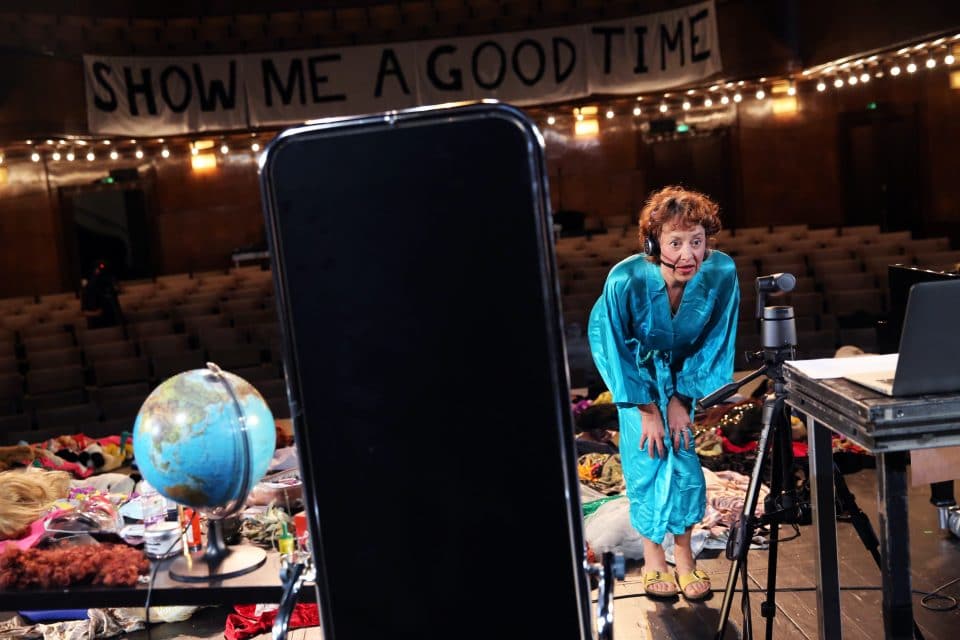 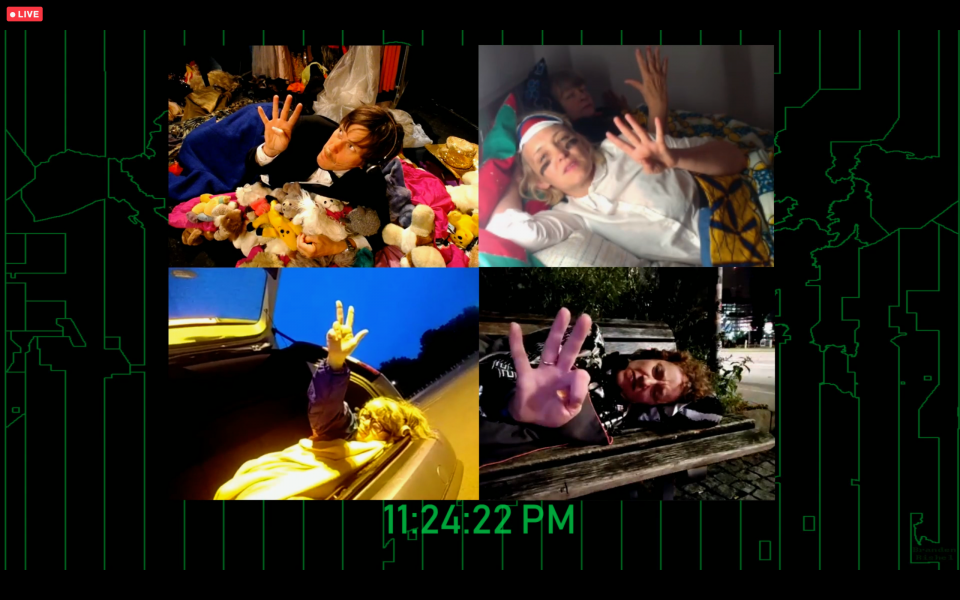 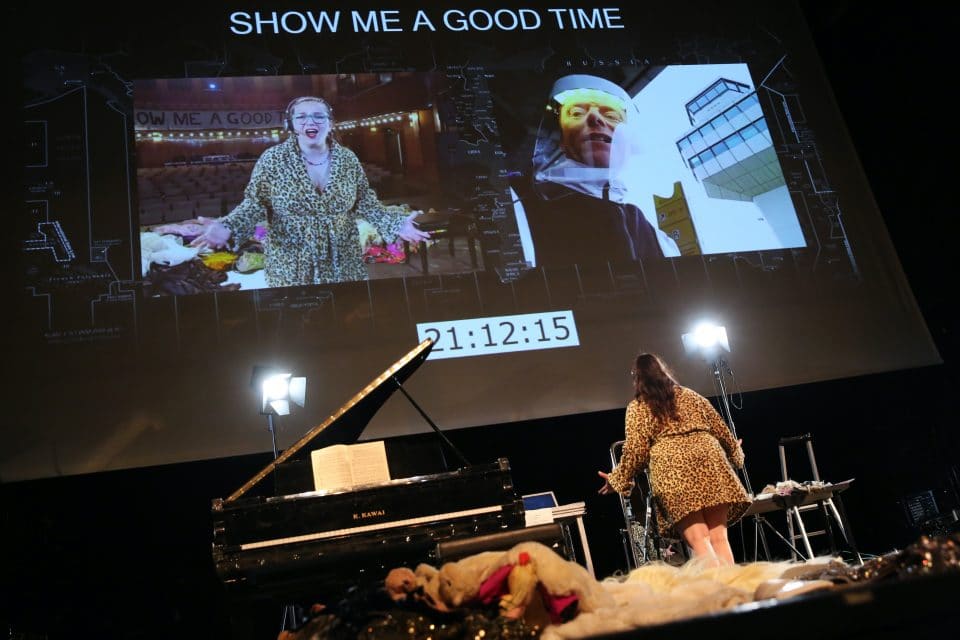 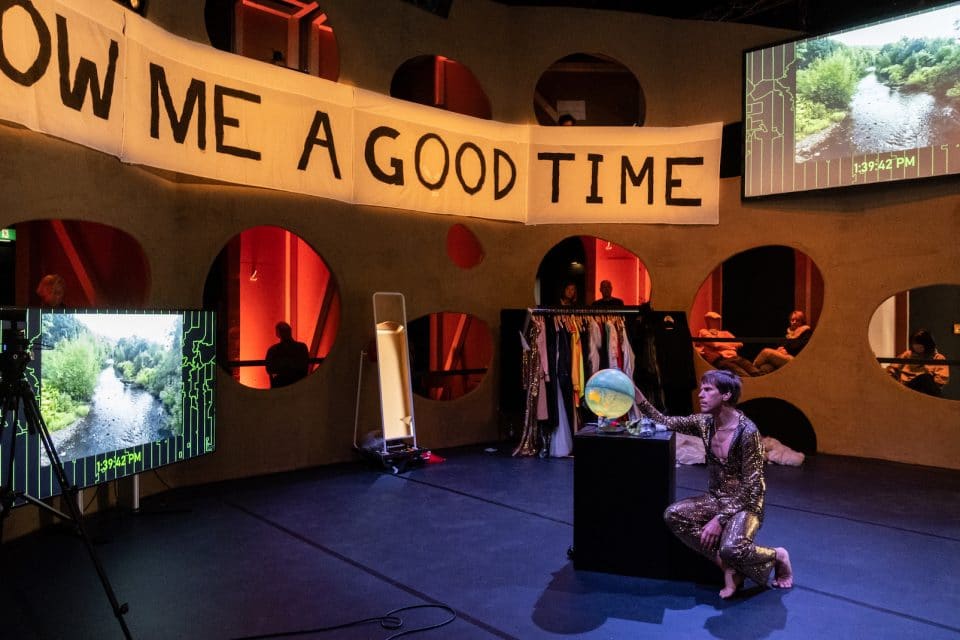 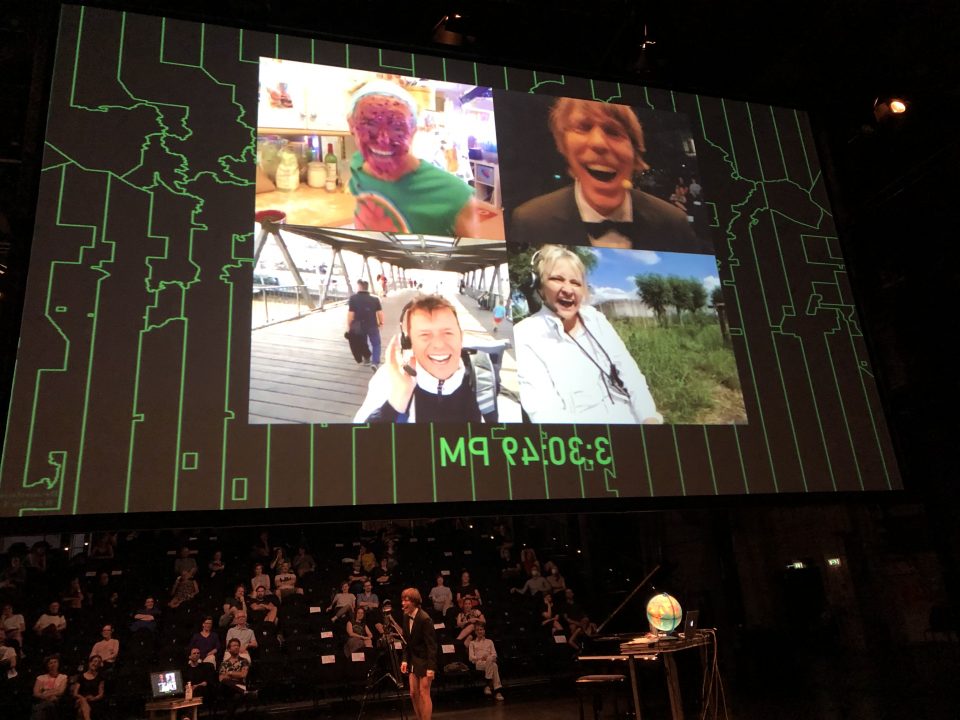 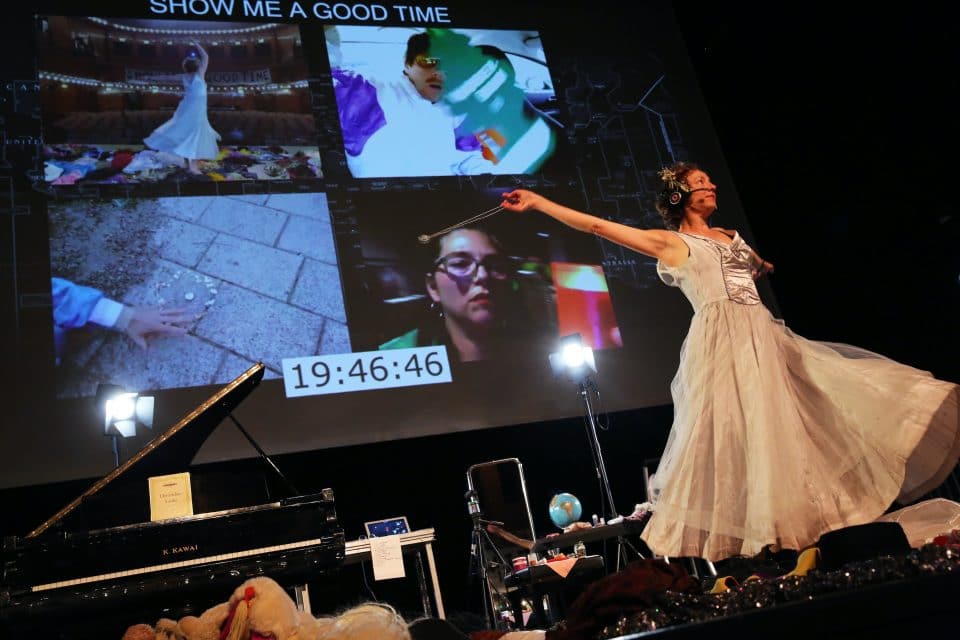 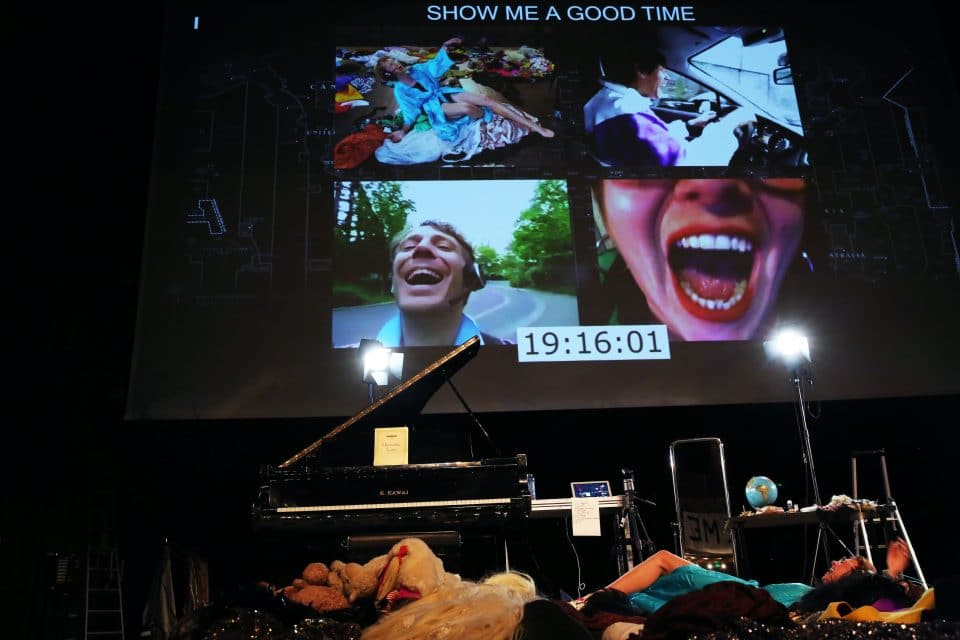 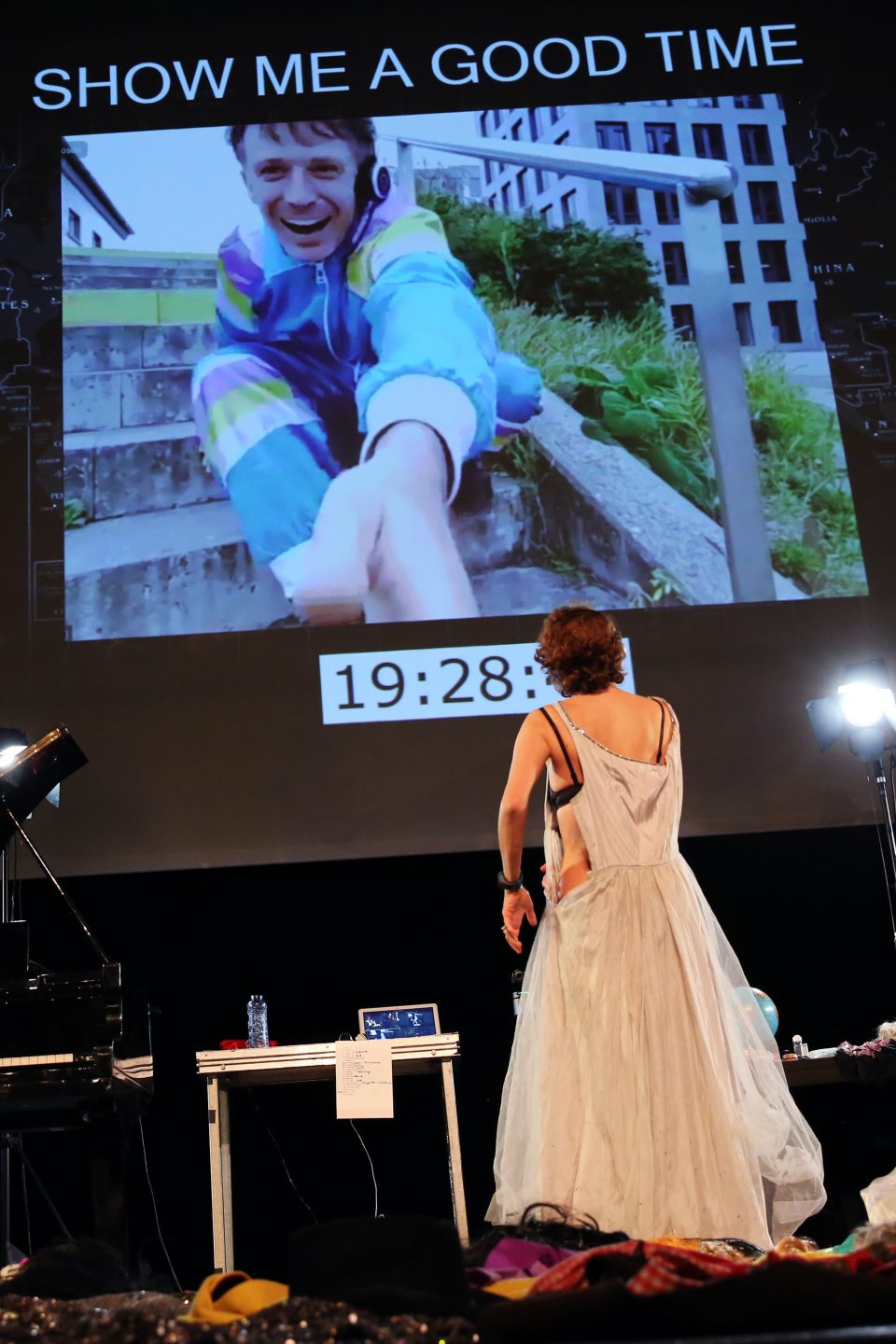 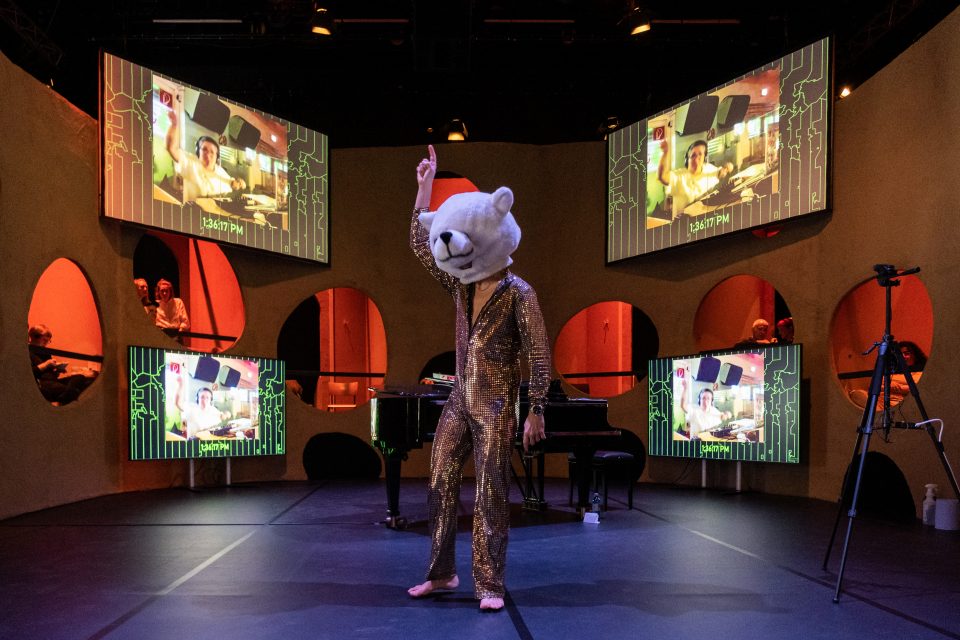 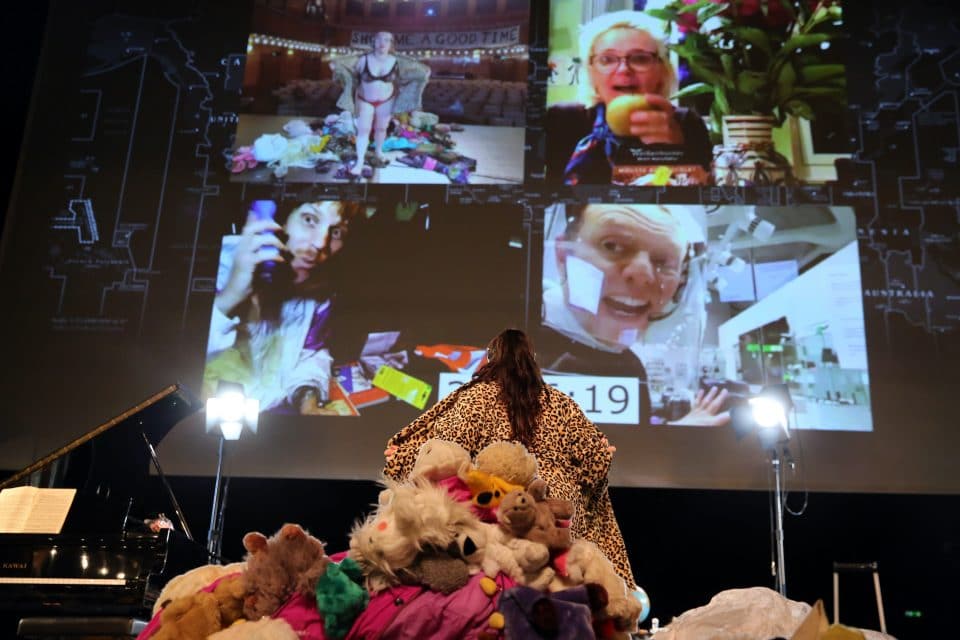 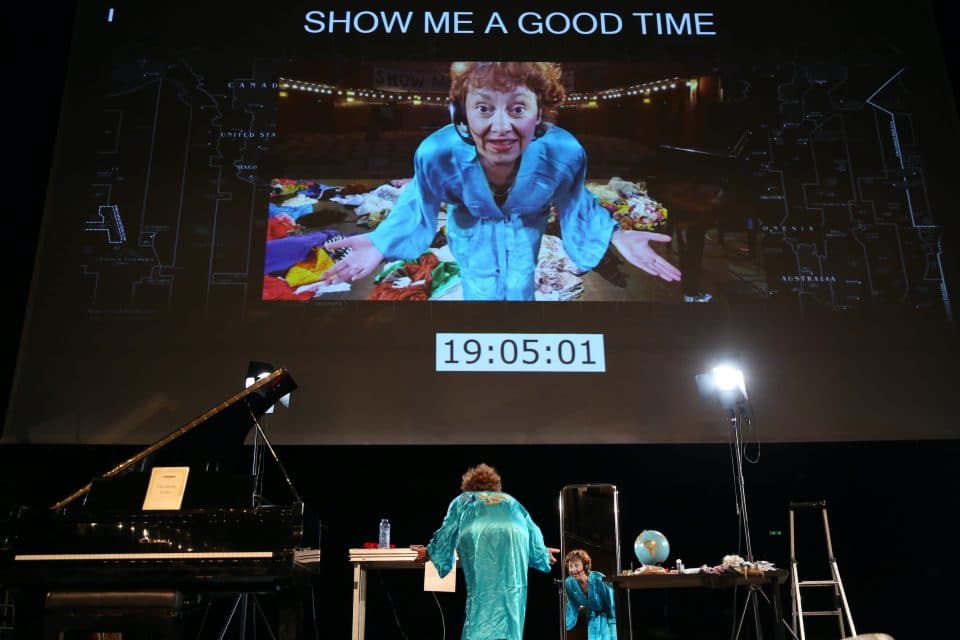 All we have left is now. The past has passed and the future looks more uncertain than ever. Due to circumstances beyond its control, ‘the present’ is self-isolating and stuck in a perpetual selfie, staring at themselves on a filtered screen, listening to a mindfulness app on continuous repeat. The pause button has been pressed on the society of acceleration in which technology, fashion, social habits, financial markets and fake news all seem to be developing at an ever faster rate. The world is changing fast, and there is no going back to the way things were. What is to be done? Where are the good times in the new normal? On a stage?On the streets? At home on the sofa?

For over 25 years, Gob Squad have been blurring the boundaries of art, theatre and real life. Sometimes they perform on the streets or in other public non-theatre locations. Sometimes they use cameras to bring the urban jungle, with all its danger, beauty and messiness, into the comfort of a theatre. Often they do both simultaneously.

In Show Me A Good Time Gob Squad send out time-travelling, shape-shifting explorers into a strangely unfamiliar reality, to find out how to go on and where, amongst the dust and the dirt, a good time might be found again. Their mission reveals an alien world of habits, signs and symbols that once seemed to make sense but now only evoke a time already passed. With the benefit of hindsight and the optimism of the future, Gob Squad warp time, and completely rethink the clock.

Show Me A Good Time is multi-hour live performance split into several episodes, for online viewers as well as a theatre audience.

Supported by: Fonds Darstellende Kuenste with funds from the Federal Government Commissioner for Culture and the Media.

Gob Squad is funded by: Berlin Senate Department for Culture and Europe.