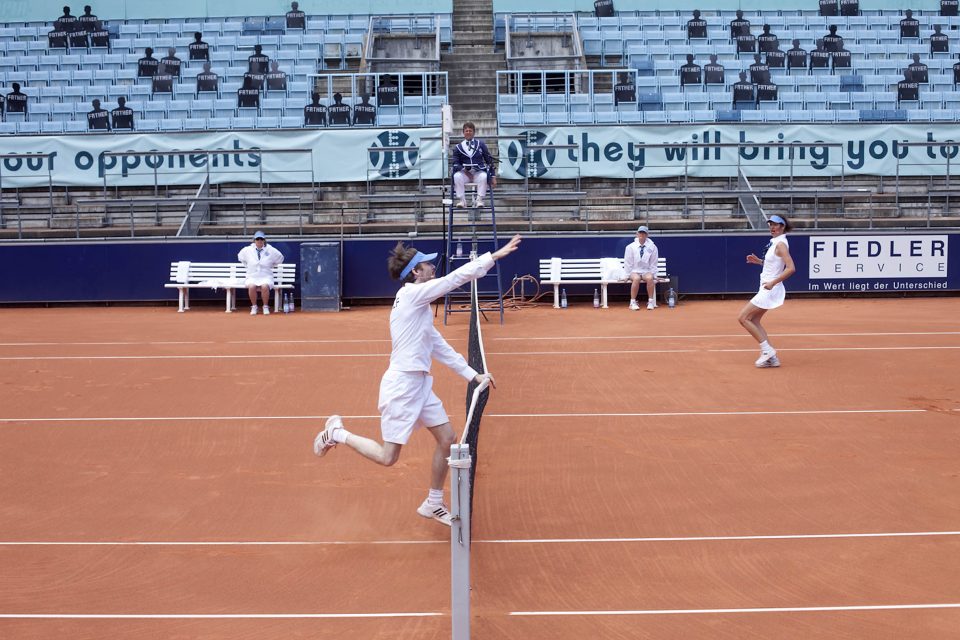 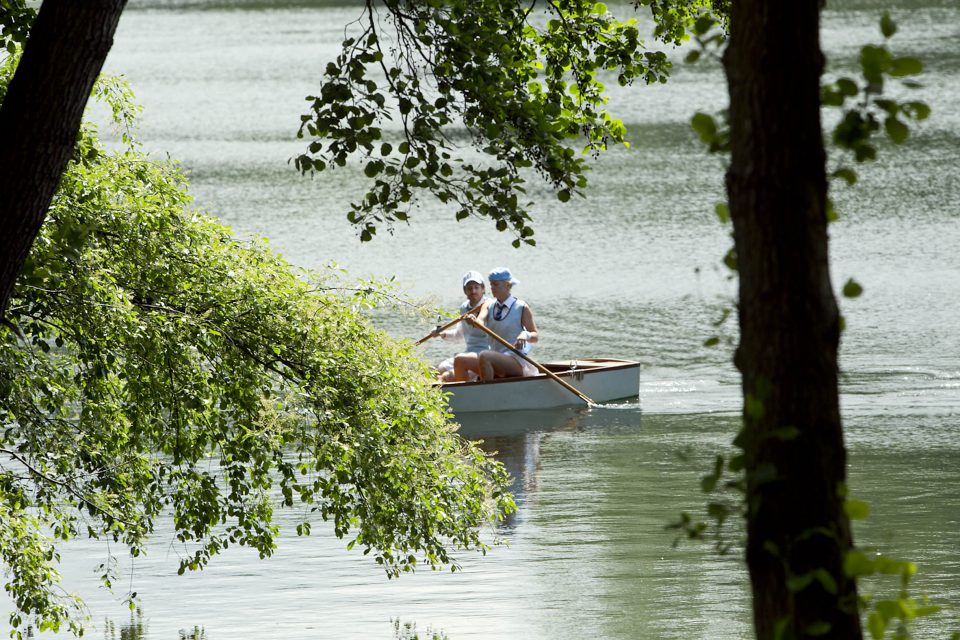 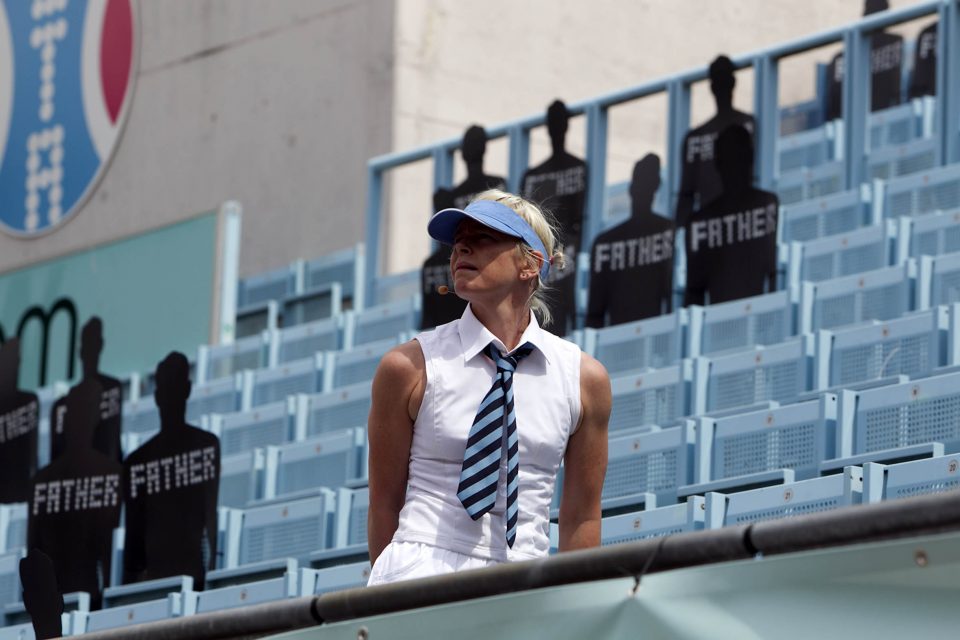 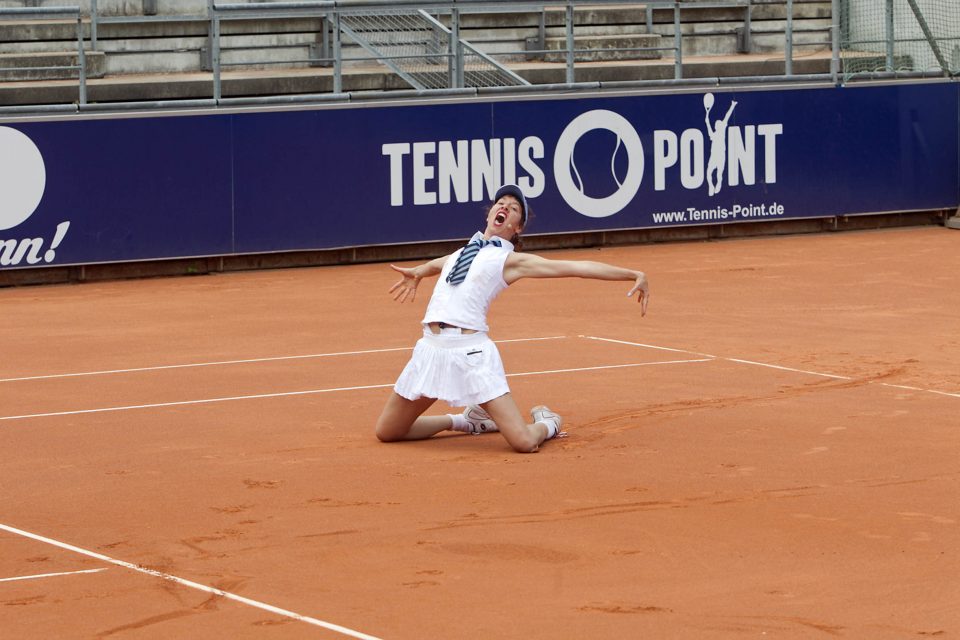 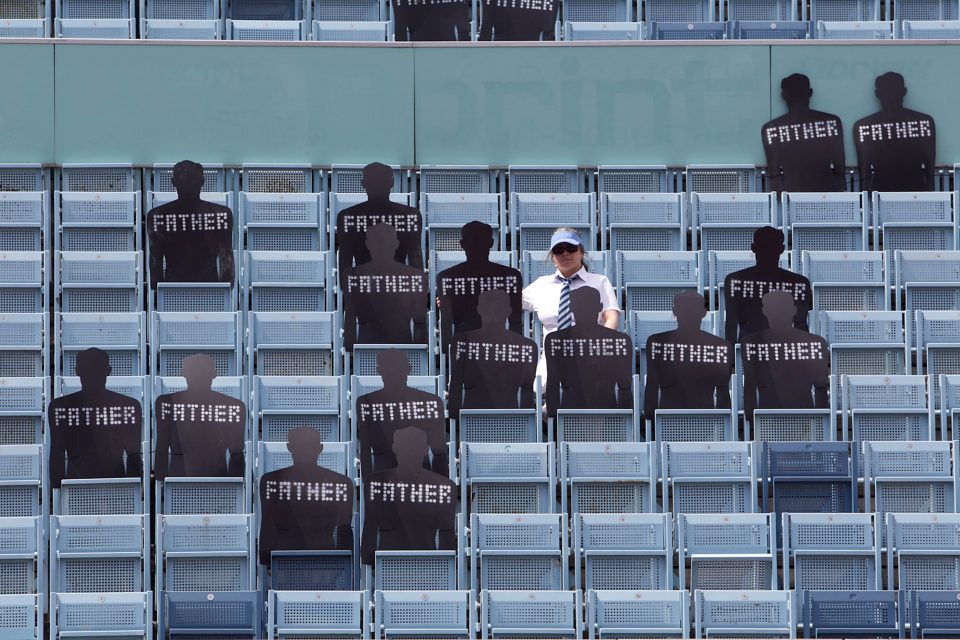 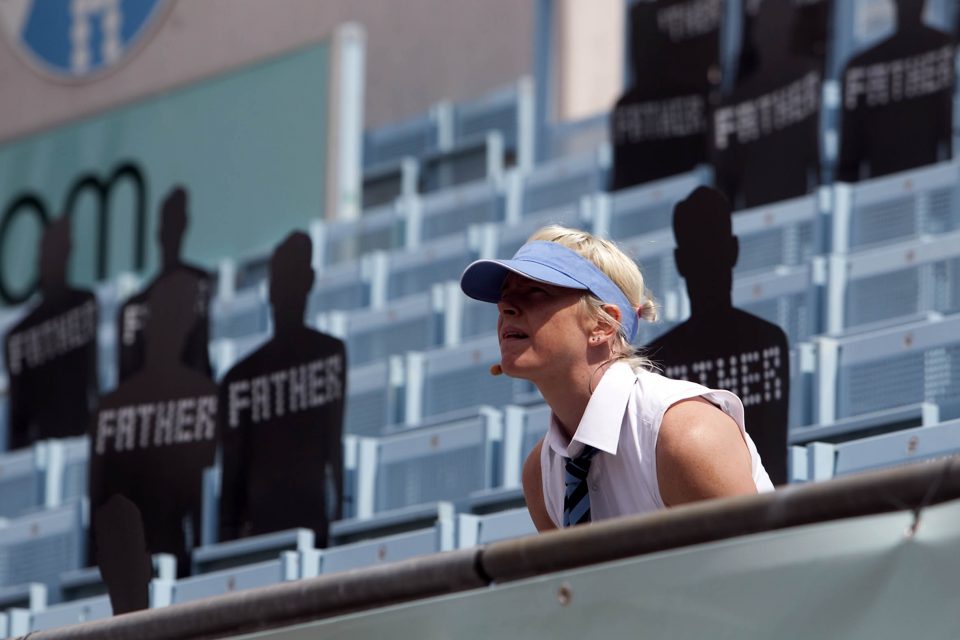 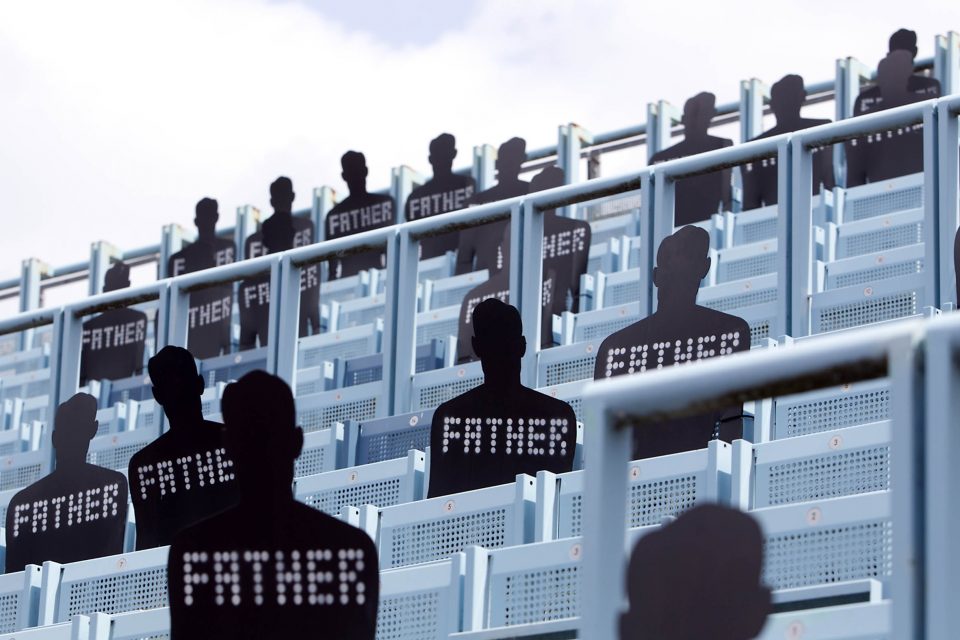 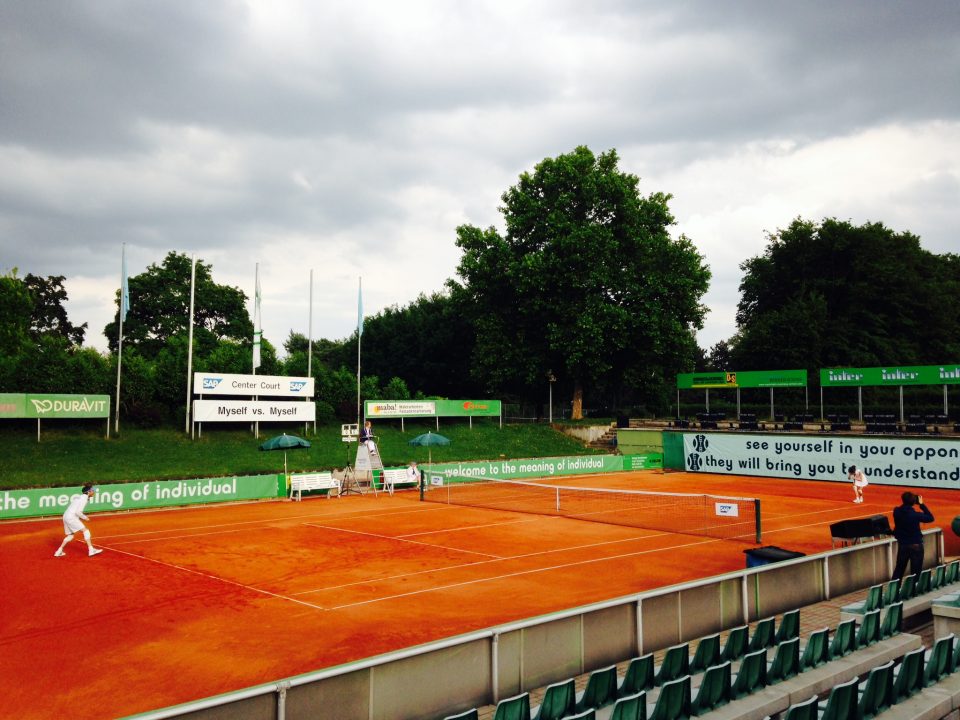 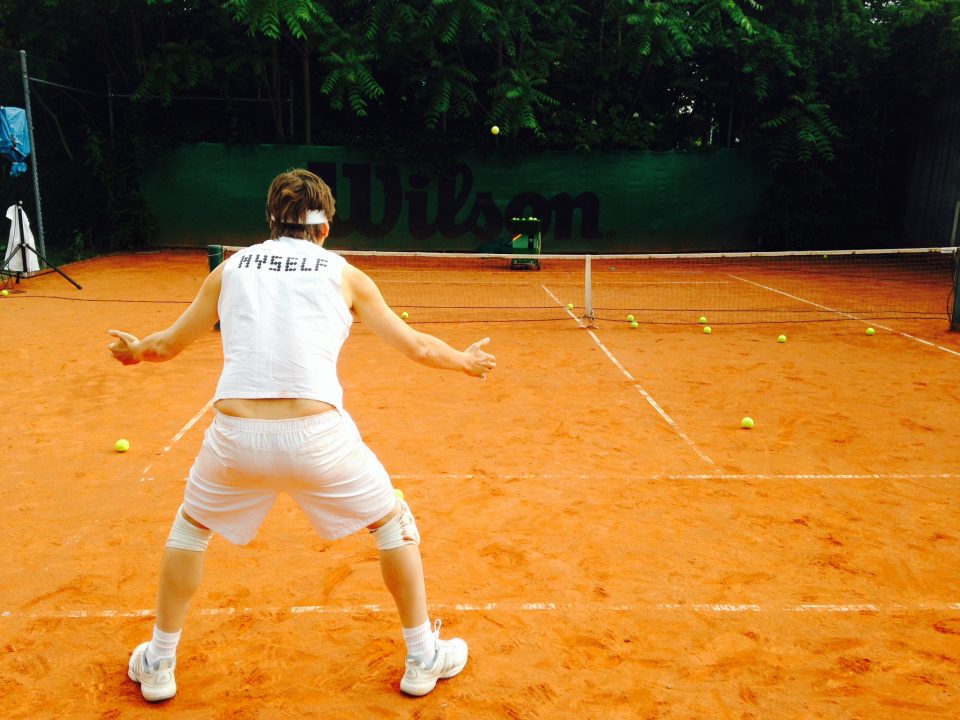 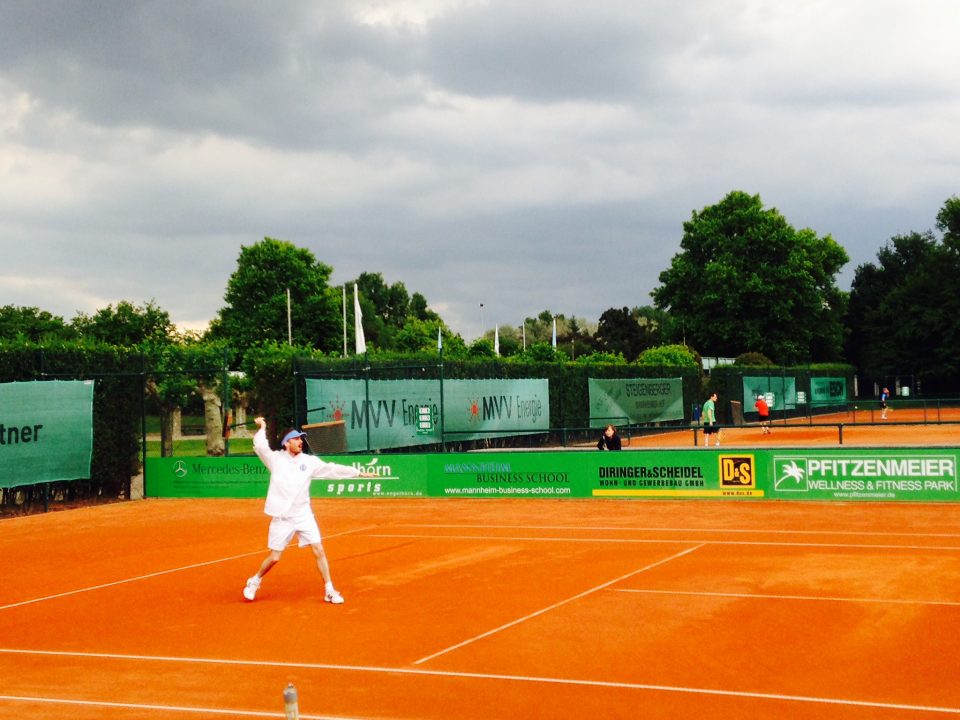 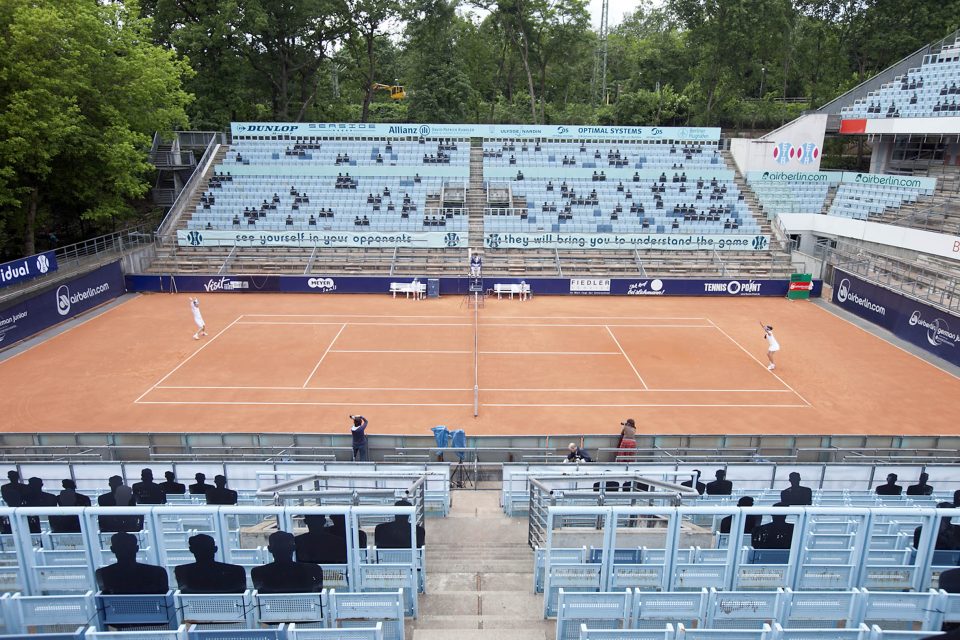 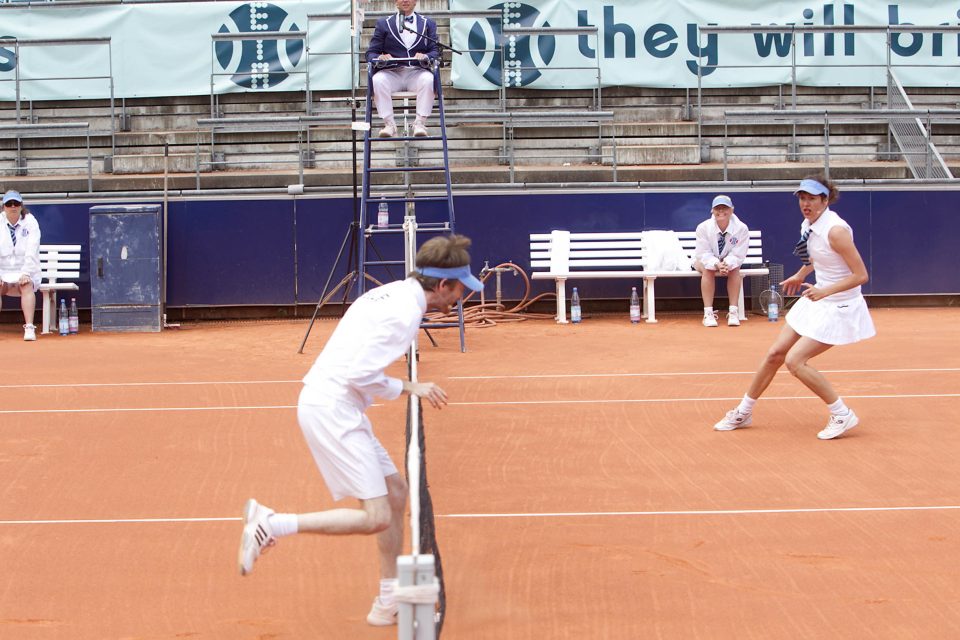 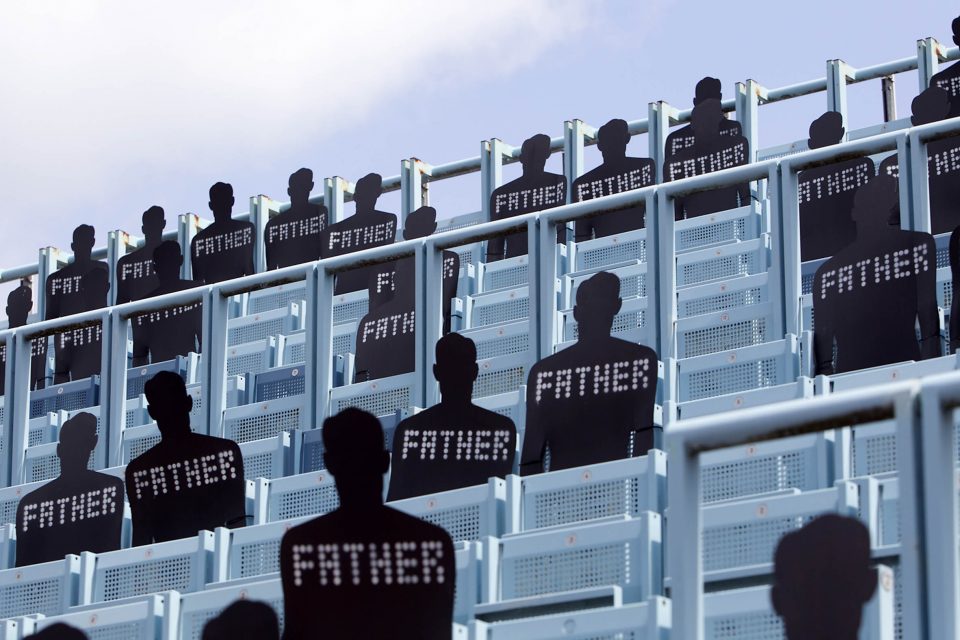 A psychologically demanding battle of wits, a game of tennis with words, not balls, where the players try to beat their competitor with linguistic dexterity and make it to the final.

This is a game. These people are losers, all addicts in one way or another…

The Conversationalist was Gob Squad’s contribution to Hebbel Am Ufer’s performance marathon UNENDLICHER SPASS VON DAVID FOSTER WALLACE – 24 STUNDEN DURCH DEN UTOPISCHEN WESTEN inspired by David Fosters Wallace’s cult novel Infinite Jest. 12 artists were asked to contribute to a tour which took its audiences on a 24 hour journey through some of Berlin’s forgotten buildings and sights.

The once glamorous 5000 seater Steffi Graf tennis stadium in the wealthy Berlin suburb of Grunewald was the setting for a different kind of tennis game in which Gob Squad play ‘professional conversationalists’. Locked into a co-dependent relationship with themselves, the game itself is a physical interplay of gestures, together with an unwritten etiquette of what is considered to be ‘a good conversation’. Players serve topics, trying to stay within the confines of what is considered to be non-offensive and polite, opponents retaliate by attempting to develop the conversation to their advantage, whilst remaining non confrontational. It appears to be a game of social interaction in which players must stay ‘light on their feet’, establish and stand their ground, attack and defend their shifting positions.

This project sees the company return to the territory of site based work, this time inspired by a chapter of Infinite Jest in which a father takes on an elaborate disguise in order to trick his son into having a conversation with him. Gob Squad feel close to this attempt to communicate by creating a huge set up that attempts to create intimacy through technological means of alienation.

Performed by five of the above